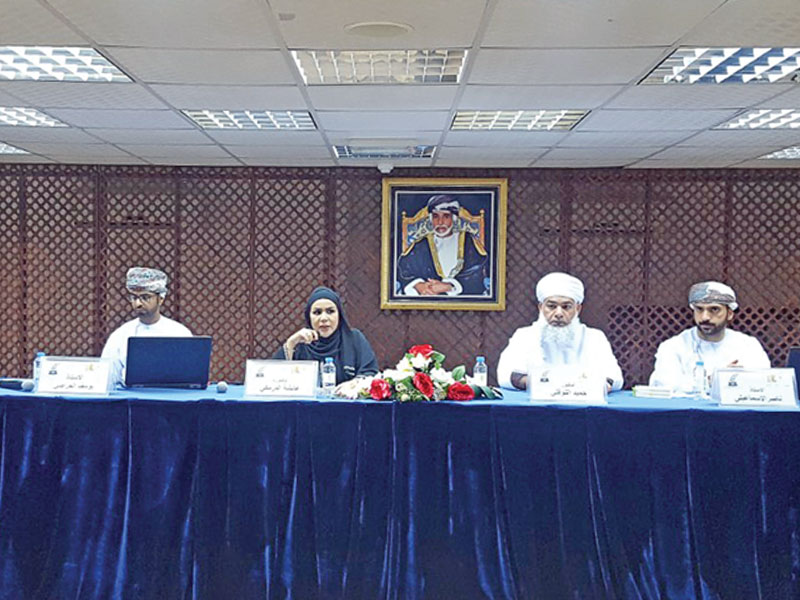 The Omani Cultural Heritage Research Program of The Research Council (TRC) organised a meeting in Dhofar governorate to present the projects, ‘Myths and Legends related to Places’ and ‘Omani Figures involved in Trade and Industry’ in the presence of a number of concerned and interested researchers and academics from Dhofar.

The meet was held with the participation of Dr Aisha al Darmki, director of the Omani Cultural Heritage Research Program, Dr Hamid al Nofli, head of the ‘Omani Figures involved in Trade and Industry’ project team, Nasser al Ismaili, executive coordinator at the Programs Department at TRC, and Yousif al Harrasi, member of the ‘Myths and Legends related to Places’ project management team.

The meeting aimed to attract those involved in heritage and culture in Dhofar governorate to work on the projects to extend and expand the scope of scientific research in Dhofar due to its rich heritage, ancient tales and multiple myths.

The projects strive to preserve these national heritages and record them in order to avoid losing them and to transfer them to future generations.

The meeting also included a review of the objectives of the Omani Cultural Heritage Research Program which aims to contribute to strengthening the efforts made in the sultanate to study and monitor the physical and moral manifestations of cultural heritage in order to preserve and support it, and contribute to its development in line with the future national vision by virtue of the fact that cultural heritage is a strategic material that has developmental and economic value.

Furthermore, the meeting reviewed the plans of the two projects by identifying and analysing priority research needs in the field of Omani cultural heritage and answered various queries of the attendees.