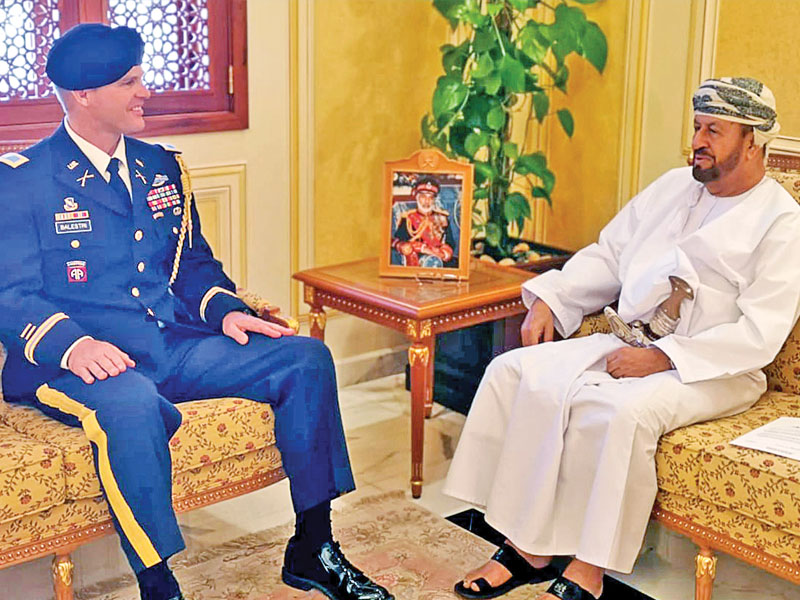 H E Sayyid Badr bin Saud bin Harib al Busaidi, Minister Responsible for Defence Affairs, on Wednesday received a written message from Mark Asper, US Defense Secretary. The message included his sincere condolences and that of all employees of the US Ministry of Defense on the death of His Majesty Sultan Qaboos bin Said, adding that the United States of America greatly appreciates and respects the policy of stability outlined by the Late Sultan for nearly 50 years.

He was a leader with insightful vision when he predicted in the 1970s that close cooperation between the two friendly countries would have strategic benefits for the Omani-American military relations.

In his message, the US Secretary of Defense cited the speech of the Late Sultan when he visited the United States of America in 1983 during the reign of President Ronald Reagan, saying, “We realise that in the current situation of the world, no country can act in isolation from other countries, and the free world must exert a concerted effort if the flame of freedom is not to be extinguished. So, we look forward to our friends’ support just as we do ours.” These words of the Late His Majesty the Sultan still echo in the Omani-American relations to this day.

The message also conveyed best wishes of the American Defense Secretary to His Majesty Sultan Haitham bin Tarik, affirming confidence of the American administration that the legacy of friendship left by the Late Sultan with the United States, as well as his sincere efforts to consolidate regional stability and his voice calling for peace and moderation, will continue under the leadership of His Majesty Sultan Haitham bin Tarik.

The message was handed over to the Minister Responsible for Defence Affairs by the US Defence Attaché, when the minister received him in his office at Mu’askar Bait al Falaj.