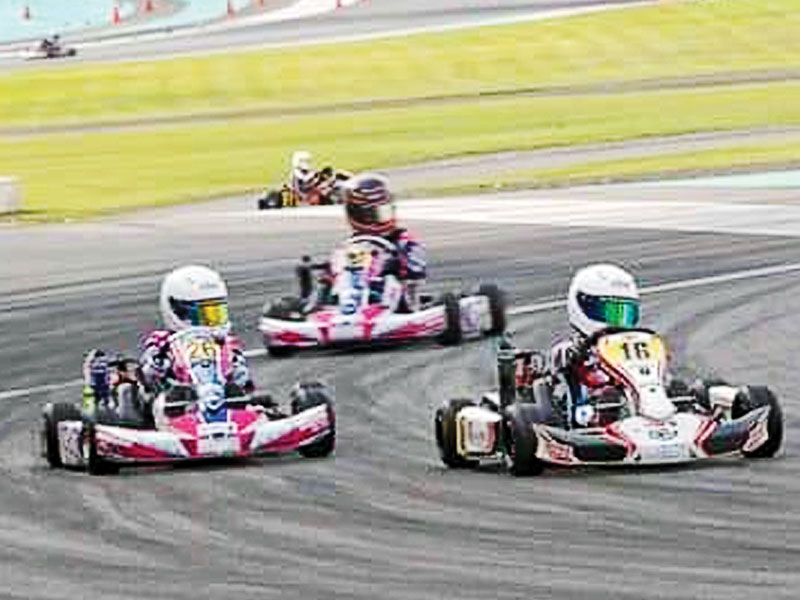 Shivali who was representing Team Birel Art made it to the third place after starting third in the grid after the pre-final. The ten year old did well despite an unfortunate crash at the final of the Dubai-O-Plate in Dubai kart drome just a week before the Rotax Max Challenge earlier this month.

The UAE Rotax Max Challenge is an official karting championship, where drivers from any country can participate. Shivali participated in the Micromax category for age 8 to 11 years. The fifth round of the challenge had two qualifying, three heats, pre-final and final. The final round was of 16km/16 laps on the fastest track of the championship at Yas Marina Circuit, Abu-Dhabi. Racers of various countries such as Germany, the UK, Canada, Oman and Egypt participated in the race.

Shivali qualified fifth and then she improved her position from fifth to third after making a scintillating heat three race when she finished in the second position. She had very tough and very close race with Sab Murrey from the UK, who is in the top three of championship standing. Benjamin Wade and Zain Elhommossany were first and second winners. Shivali is presently running third in championship standing.

Shivali is being mentored by Sanad al Rawahi who was world number 6 and is being supported by the Oman Automobile Association.