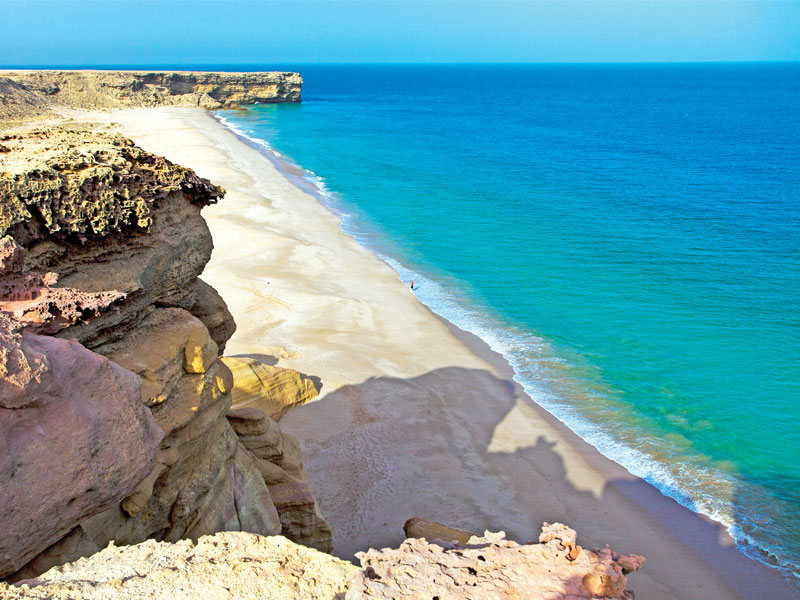 The turtle season is considered the most popular time with  maximum number of tourists flocking the area. “The Ras al Jinz Scientific Centre was established to preserve the habitat of turtles and the surrounding environment. The centre also sensitises people regarding the rules to follow when visiting the turtle site,” said Nasser al Ghailani, director of Ras al Jinz Scientific Museum.

“The guests are briefed about the hatching process of turtles (between 60 and 120 days) depending on the type of turtle,” said Ghailani.

Saud al Alawi, director of tourism in South Sharqiyah governorate, said, “A major highlight of Ras al Hadd is that it is the first place to see sunrise in the Arabian Peninsula. The soft beaches and moderate weather are a big draw too. The place is also great for bird-watchers. Different rock formations and beautiful natural bays are also mesmerising.”

Regarding the hotel establishments in Ras al Hadd, Alawi said, there are a number of rest houses, camps and hotels in the wilayat. “They include three hotels and rest houses, six guest houses and two camps. Work is under way on two other accommodation facilities. The occupancy rate of these tourist and hotel establishments reaches 100 per cent during weekends and official holidays.”

Small islands Khor al Hajar and Khor Garami are a must visit for those interested in watching migratory birds, said Alawi.

The Diyar Ras al Hadd project overlooking the sea is one of the most important projects in the area. The first phase of the project includes establishment of 250 hotel rooms and 346 housing units. In the second phase, 450 hotel rooms will be built.

Ali bin Khamis al Amri, owner of Sheikh Palace Ship for Sea Tours, said that he organises cruise for tourists. “Such sea tours are the most popular among citizens. The tour begins from Khor Garami in Ras al Hadd and passes through Khairan and tours other destinations. It is also possible to make tours to Al Ashkharah or to other nearby destinations of Ras al Hadd.”