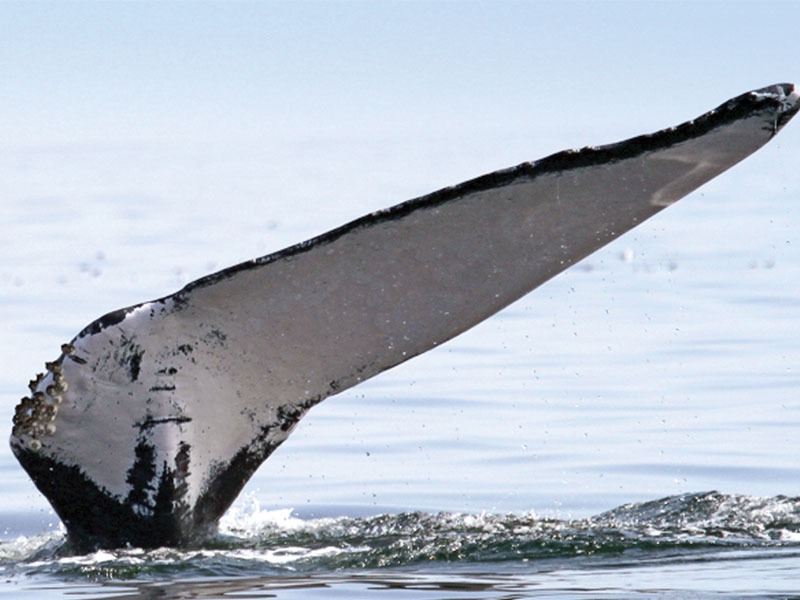 New evidence suggests that the Arabian Sea humpback whales, which Oman hosts as a unique sub-population, move around between the sultanate and India. The population of the genetically distinct humpback whales, which have been isolated for approximately 70,000 years, is estimated to be no more than 100 surviving in the Omani waters.

On December 21, 2019, scuba divers near Netrani Island off the west coast of Karnataka, India encountered a humpback whale while travelling to their dive site.

‘The dive masters from Dive Goa, Absolute SCUBA India and West Coast Adventures knew this sighting was special, because they had all been in contact with Dipani Sutaria, who had travelled along India’s west coast from 2016 onward raising awareness of the endangered status of Arabian Sea humpback whales, and the value of documenting their presence,’ stated Arabian Sea Whale Network, the multi-national organisation engaged in research to conserve humpback whales and other cetaceans in the Arabian Sea.

The scuba divers went into the murky depths to capture a few seconds of underwater footage of the whale to share with Dipani. She immediately shared this footage with her colleagues working with humpback whales on the other side of the Arabian Sea. She hoped they would be able to discern some features of the whale in the video that would allow them to identify and match it to one of the individual whales catalogued through 20 years of photo-identification work in Oman.

‘Had it been any other whale, the matching exercise would have been futile, as the water was filled with plankton, and the whale’s features were not very clearly visible. What was visible was a large, white U-shaped scar over the top of the whale’s back, another white scar on the tail fluke where it joined the whale’s trunk, and, as the team peered more closely through the milky water in the video, it seemed that this whale was missing most of the left side of its tail fluke.’

Only one whale in the Oman catalogue fits this description – Individual OM11-010, a whale observed and photographed on two consecutive days in October 2011 in the Gulf of Masirah. Careful comparison of all the available photos of this whale with the whale in the Netrani video revealed more similarities, including more scars and the distinctive notches on the trailing edge of the tail fluke. The international team of five experienced researchers concluded with certainty that this must be the same whale.

“This is a hugely exciting finding,” said Andy Willson from Five Oceans Environmental Services, the lead scientist on whale surveys conducted on behalf of the Environment Society of Oman. “Firstly it confirms that OM11-010 is still alive, despite the severe injuries we first documented over eight years ago. Secondly, it provides further evidence that Endangered Arabian Sea humpback whales are moving between Oman and India.”

Genetic, acoustic, and photographic evidence shows that the population is isolated from neighbouring populations in the southern hemisphere, and that fewer than 100 whales are present off the coast of Oman.