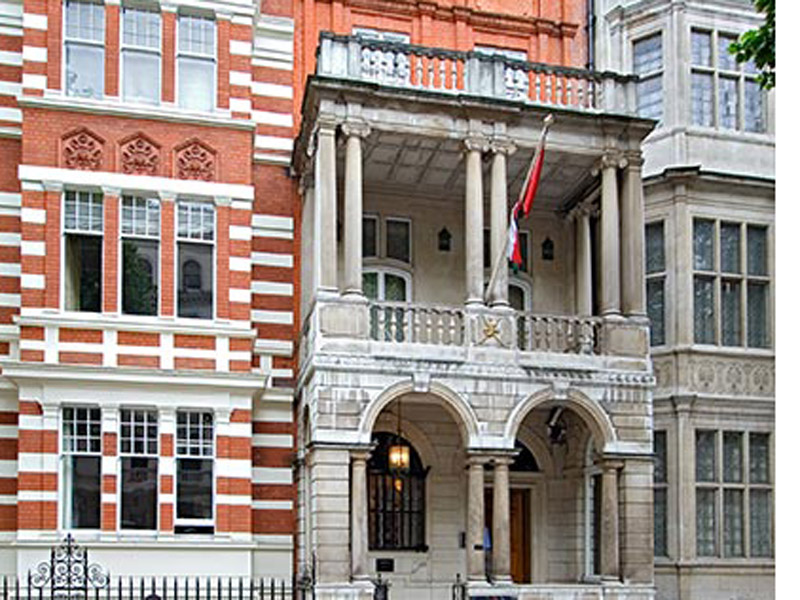 An Omani student died after he was stabbed by muggers for his Rolex watch in London in the early hours of Friday. Mohammed bin Abdullah al Araimi, 26, collapsed under a Christmas tree near Harrods, as London’s knife crimes saw three deaths in just 12 hours.

Araimi was stabbed when he and a friend made their way home from a nearby restaurant.

According to the British media reports, Araimi and his friend were seen frantically running near the world famous luxury department store in Knightsbridge, west London, leaving a trail of blood. He was found unconscious with a stab wound on the back just after midnight, and pronounced dead on Brompton Road 40 minutes later.

Araimi’s friend is being treated in hospital for non-life-threatening injuries. In a statement on its Twitter account in Arabic, the Omani Embassy in London said, ‘There was an unfortunate attack that claimed the life of the Omani student Mohammed bin Abdullah al Araimi. The embassy is closely following the circumstances of the incident with the competent British authorities. We belong to Allah and to Him we shall return.’

The incident came in the middle of a 12-hour period of bloodshed in the capital. In another incident, a young man, who detectives believe is 20 year old Crosslom Davis, was pronounced dead just after 3.30am on Friday in Deptford, south east London. Exauce Ngimbi, 22, was killed in Hackney, east London, at around 2.30pm on Thursday following an altercation. A 14 year old boy is among four persons arrested over the murder.