A blockbuster in offing 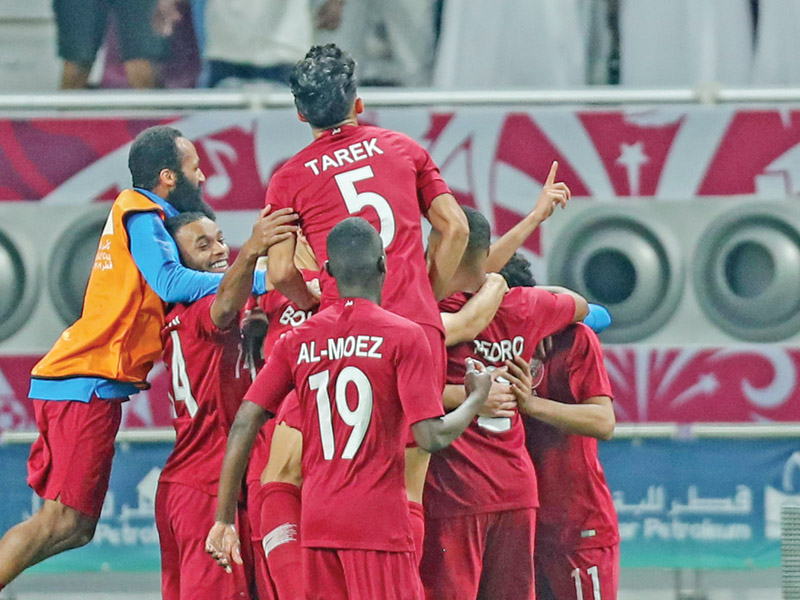 As the 24th edition of the Arabian Gulf Cup enters its final stretch, a blockbuster semifinal awaits on Thursday as hosts and Asian champion Qatar takes on Saudi Arabia at the Al Janoub Stadium in Al Wakrah.

Speaking ahead of the  semifinal, Saudi Arabia’s head coach, Herve Renard of France, said ‘his team is ready for the meeting between two big teams’. The Frenchman said, “It is good to face a strong team who are the Asian champions. We (also) have an excellent team and good players. I know Qatar are doing well and are a capable team. I congratulate Qatar head coach Felix Sanchez for his good work.”

In Renard, Saudis have a  tactically astute coach who has won two African Cup of Nations titles and his team will be no pushover against the favourite and hosts. Both teams overcame  opening match upsets to enter the semifinals, with Saudi Arabia suffering a 1-3 defeat to Kuwait and Qatar losing 1-2 to Iraq.

Qatar, under Spanish coach Felix Sanchez, bounced back with a strong showing in the next game, trouncing a hapless Yemen 6-0, and then signing off the Group A league fixtures with a morale-boosting 4-2 win over the UAE. Saudi Arabia topped Group B after blanking Bahrain 2-0 and knocking out defending  champion Oman 3-1 in the  remaining league games.

At a press conference ahead of Thursday’s semifinal, Renard said, “I am excited about this match [semifinal against Qatar] because it will be between two big teams, and in a stadium full of fans. “This is the fun of football. It is true that our fans will be less, but I have trust in my team. It will be a beautiful match and we will work to prepare for it as  required.”

Both teams are bidding to win the Gulf Cup for the fourth time. Qatar’s last title victory was in 2014, when it beat hosts Saudi Arabia 2-1 in final in Riyadh. As for Green Falcons, they  are looking for a first win at the tournament since the 16th edition in Kuwait (2003-04) when they topped the round-robin  format to become champion.  Saudis are expected to face a partisan crowd at the Al Janoub Stadium against the hosts.  Qatar coach Sanchez believes that the support of home crowd will spur his boys and give them an ‘advantage’.

Sanchez paid tribute to the fans after Qatar’s win over the UAE on Monday, with more than 40,000 in Khalifa International Stadium stands.

“The atmosphere was  amazing and I want to thank Qatar fans who showed up in big  numbers,” said Sanchez. “It was an extraordinary night for us.” Both the teams had earlier met in the group stage of the AFC Asian Cup UAE 2019, with Qatar winning 2-0 en route to lifting the title while Saudi  Arabia’s campaign ended against Japan in the round-of-16.  Bahrain is on a learning curve: Sousa  In the first semifinal, Iraq is favourite to get the better of Bahrain.

Bahrain’s coach Helio Sousa of Portugal was frank to admit that the semifinal is part of the team’s learning process. Bahrain upset Kuwait 4-2 in its final Group B match on  Monday, edging holder Oman on goal-difference, to advance. “Our next opponents Iraq are a strong team and they have had great performances in the  competition,” said Sousa. “At the moment they are one of the best teams in Asia while we are building a new team and we must keep growing to  compete with such strong teams.”

It will be fourth meeting  between the two since August, with Bahrain defeating Iraq 1-0 in the 2019 WAFF Championship final. The two met twice in Group C of the Asian Qualifiers, with both matches ending in draws. Sousa added, “We have 23 players in our squad who are ready to play at any time. I’m working to make a special  identity for the team by making all the players capable of  playing.”

Bahrain had opened its  campaign with a 0-0 draw against Oman, which was  followed by a 0-2 defeat to Saudi Arabia before its dazzling display against ten-time champions Kuwait. Iraq had stunned Qatar 2-1 and UAE 2-0 before playing a  goalless draw against Yemen, with Srecko Katanec’s side  playing with ten men for more than 80 minutes after Mustafa Mohammad Jaber was sent off.

Iraq has three Gulf Cup titles, but has not been victorious in the competition since 1988 when it beat UAE to the title, while Bahrain is looking for a maiden crown, having hosted the  tournament four times in 1970, 1986, 1998 and 2013.