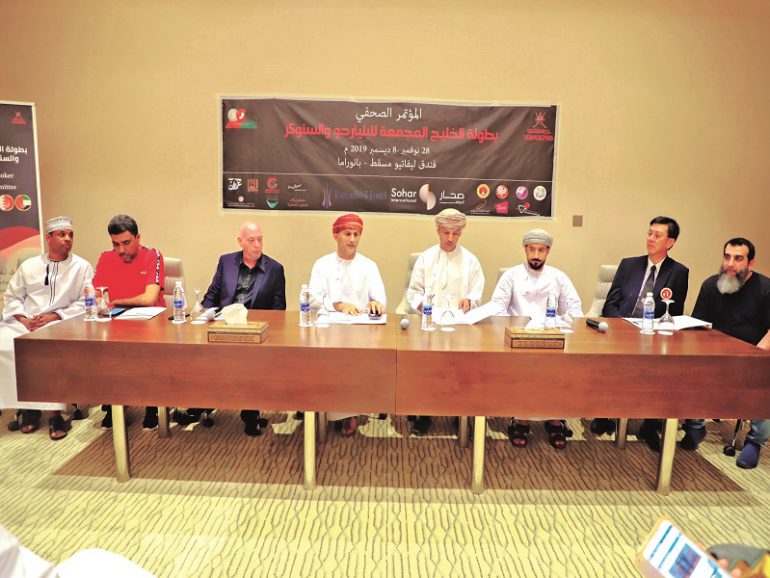 Oman cueists hope to put up a good show at the forthcoming GCC Billiards and Snookers Championship, which will be held at Levatio Hotel in Muscat from November 28-December 8. The competition features all the six GCC nations – hosts Oman, Saudi Arabia, Qatar, UAE, Kuwait and Bahrain.

It would be the first time that Oman is hosting the championship. Each country can be represented by ten players each while Oman, being the host nation, is allowed to field two teams and a maximum of 20 players for the event.

Organised by the Oman Billiards and Snooker Committee (OBSC) under the auspices of the Ministry of Sports Affairs , the organisers have confirmed their preparedness for the championship. Khalid al Subhi, the OBSC chairman, said that most of the preparations have been completed and ‘hoped that the championship in Oman will be a grand success.’

Oman’s coach from Britain Frank Gumbrell said, “My players have been doing well during the training sessions and it will be a good opportunity for them to compete in the regional championship. “Omar al Busaidy, Abdullah al Raisi and Qasim al Balushi have displayed good form in recent times. I am confident both the billiards and snooker teams will put up a good show at home.”

The Oman coach has finalised his squad for billiards and snooker events and the selected players are going through intensive training programme daily ahead of the start of the regional tournament on Thursday.