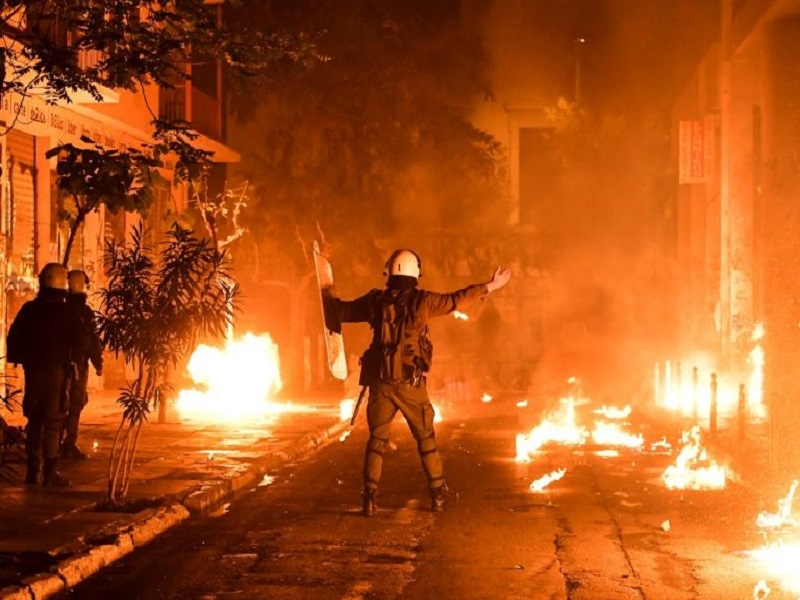 Athens (AFP) – Five thousand police will deploy in Athens on Sunday for an annual demonstration marking the anniversary of a 1973 anti-junta uprising that regularly descends into violence, authorities say.

This year the protest looks set to be dominated by opposition to the new conservative government of Kyriakos Mitsotakis, elected in July on a pledge to strengthen law and order.

The demonstration marks the 46th anniversary of a student uprising at the Athens Polytechnic against the US-backed military dictatorship that ruled Greece at the time.

In recent years, demonstrators have used the anniversary to voice opposition to US “imperialism”, and the harsh austerity measures imposed on Greece by international creditors after the global financial crisis.

Mitsotakis’s administration has already come under fire over police operations against anarchist squats and demonstrators.

There is also tension over a recent amendment to facilitate police checks in universities, which has prompted several student demonstrations.

“We need to be careful these days, and (public) comments must be guarded,” the Polytechnic’s rector Andreas Bantouvas said this week.

“We will be there with 5,000 officers,” police unionist Stavros Balaskas told Ellada radio.

Throwing a Molotov cocktail — a fairly frequent occurrence at demonstrations in Greece — will now be punishable by up to 10 years in prison, instead of five years previously.

“Laws and regulations are needed for Greek citizens to feel safe,” Justice Minister Kostas Tsiaras told lawmakers ahead of the vote in parliament.

On Monday, some 200 students demonstrating at the Athens University of Economics were surrounded by anti-riot police who used tear gas and arrested two protesters.

The anti-junta demonstration is a treasured anniversary for many Greeks, with over 10,000 people taking part last year.

The bloodstained Greek flag that flew over the Polytechnic’s iron gate crushed by a tank that night is traditionally carried at the head of the demonstration in the capital.

At least 24 people were killed in the 1973 military crackdown on the student uprising at the Athens Polytechnic.

The event is generally considered to have broken the junta’s grip on power and helped the restoration of democracy.