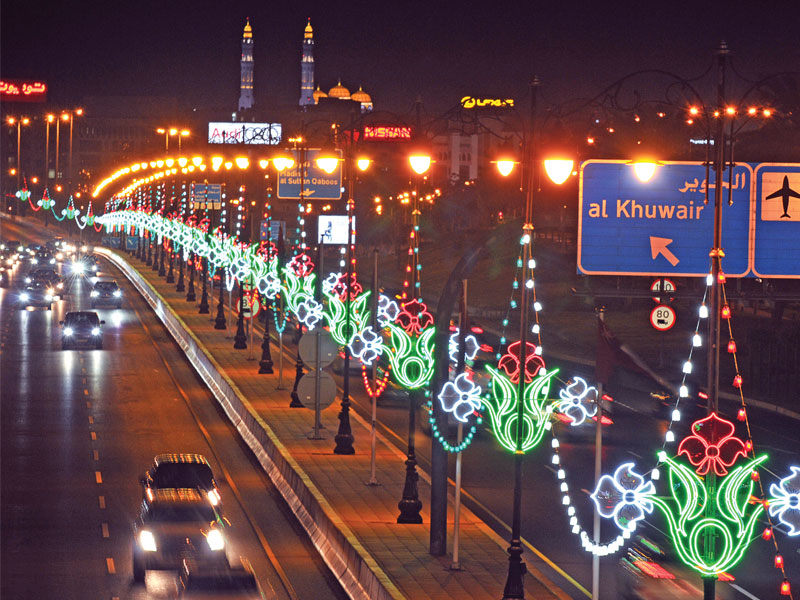 Muscat – As Oman marks 49 years of His Majesty Sultan Qaboos bin Said’s rule, it is the right time to reflect on the remarkable achievements and rapid transformation the country has gone through during these glorious years.

Many in the country will agree with the exceptional leadership abilities and planning that has pushed Oman forward and raised the living standard of citizens.

Muscat Daily spoke to a few citizens and residents who said that hardships, lack of basic infrastructure, transportation and communication are things of the past.

Seventy eight year old Mohammed al Ghammari, who has experienced Oman then and now, said the country’s development has been rapid. “I cannot stop thanking the government for such a rapid progress. I remember Oman had no proper roads, basic amenities and proper health institutions. I had to leave for Dubai to find a job in 1970s. I used to visit Oman on short visits until I finally left Dubai for good in the 1980s. Since then, Oman has grown and developed manifolds,” he said.

Oman has not only grown as a safe haven for citizens but also for expatriates. “Oman has been ranked second out of 151 countries on the Global Wellness Index. Countries like Oman are increasingly dominating the global wellness lists while big countries with booming economies fall behind.

“This is a great compliment to the visionary leadership of His Majesty Sultan Qaboos bin Said and the people of Oman,” said Mohammad Osama Rawat, general manager, Oriental Pharmacy, who has been in Oman for more than 27 years.

Oman has evolved into a modern, forward looking society but one that has maintained its culture and heritage.

“The sultanate is witnessing continuous development and the energetic Omani youths are gradually moving forward to excel in all fields of life. Now, almost every village is connected and has specialised hospitals, technical training colleges and a university.

“The healthcare facilities, educational institutions and logistics infrastructure in Oman are world class,” he added.

Rawat adds how Omanis haven’t changed over the years. Humility and hospitality still are hallmarks of Omani culture.

For some, the country’s rapid development is a dream come true. “Life in Oman during the 1970s was very hard. Oman started improving only after the 70s, and now in 2019, there is no better place than Oman. Education, healthcare services and road networks are second to none in the world,” said Maayufa Amour, a 70 year old Omani woman, based in Seeb.

Long-time resident, Dr J Retnakumar, founder and chairman, Bhavalaya, said, “Over the last 49 years the country has been catapulted to the top in every sector, be it education, healthcare, infrastructure development or progress of women.