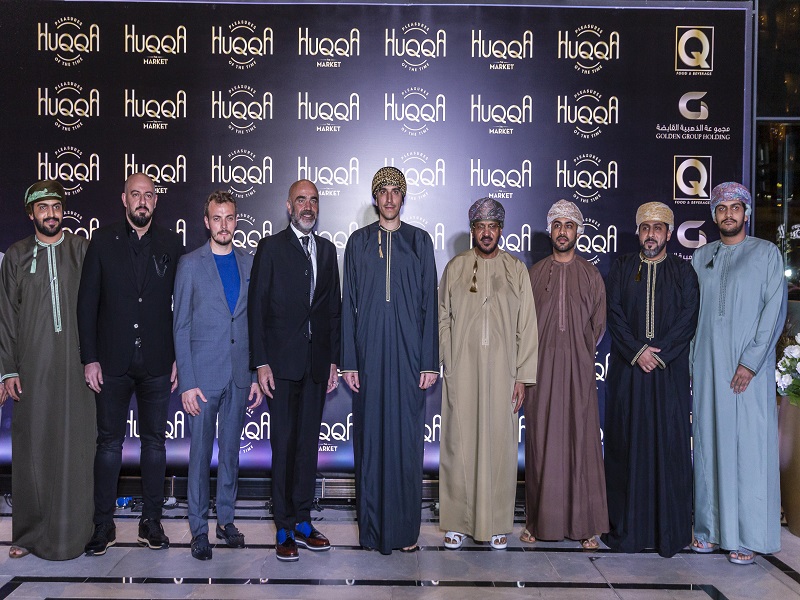 The famed HuQQa and The Market, one of Turkey’s leading restaurants and lounges, hosted its highly-anticipated grand opening at Al Marsa Plaza, Al Mouj Marina in the presence of HH Sayyid Kamil bin Fahd al Said, the Guest of Honour, as well as royal families, ambassadors, VIPs and members of the press.

A countdown marked the occasion with frozen fireworks, swirling dervish dancers and an performance by Majnoon, a 5-piece Turkish band flown from Istanbul. The evening boasted a live stream of 300 guests in attendance, as well as a constant-flow of HuQQa specials from the world kitchen.

‘We wanted HuQQa to be a place where people can feel at home. A place where they come to socialize with their friends easily and comfortably, set to the backdrop of cool fusion beats with a view to match. HuQQa Muscat offers exactly that and we are delighted with the end result,” said Cihan Kamer, HuQQa Group Chairman.

The trendy Turkish eatery is known for its contemporary menu and dazzling ambience that offer diners unforgettable moments through food, serving global cuisine and signature flavours inspired by the rich culture of Turkey and beyond.

After a successful soft opening in May 2019, HuQQa has already established itself as one of the most popular hangouts in Muscat and has brought an added lifestyle element to the dining scene in Oman, making it a perfect destination for food lovers. With its unique approach to people-centric hospitality, HuQQa serves as the best venue for city-dwellers to enjoy; whether it’s for a traditional Turkish breakfast or a relaxed dinner by the marina.

Originally from Turkey, HuQQa began its journey at The Bosphorus, which today is celebrated as one of the most unique lounges in Istanbul. As a true testament to a success story, HuQQa has since expanded beyond borders, bringing its brand to GCC and more recently Muscat with the arrival of HuQQa and The Market.