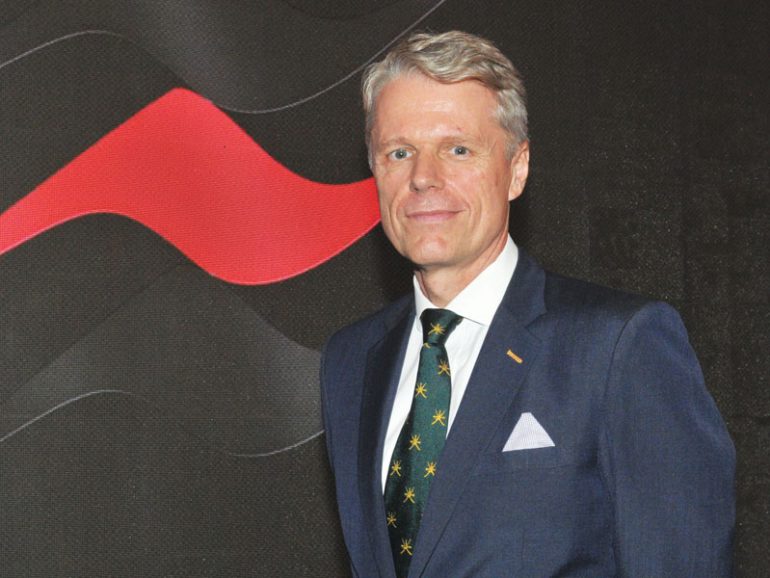 Sohar Port and Freezone is likely to finalise the civil contract for adding 200 hectares of waterfront acreage to the southern end of the port and is also looking to expand its Terminal D.

Speaking to reporters at an event celebrating the 15th anniversary of Sohar Port and Freezone on Monday, chief executive officer Mark Geilenkirchen said, “We are currently expanding the port. We are adding 250 hectares of land in total.

He said that Sohar Port and Freezone has already floated a tender for completing the civil work on the proposed addition of 200 hectares of additional land to the freezone. “The prequalified bidders have already submitted their bids. And now we are going through a selection process to decide which company is going to do it. We are hoping to finish the process by the end of first quarter of next year.”

Geilenkirchen, however, declined to comment on the size of investment that will be needed for the expansion.

He said that a few companies are already lining up to sign up for the land. “One German company, which has already signed an agreement for the presently available land, has shown interest in the upcoming facility. I am hopeful that they are going to sign an agreement early next year.”

Expressing his optimism about future prospects of Sohar Port and Freezone, Geilenkirchen said, “We have been designated as the fastest growing port and freezone across the globe and we do see a very bright future.”

Sohar Port and Freezoneis also working towards building a quay, which will help companies to set up their operations. “In another part of the port we have Terminal D, where we will be building a quay area so that we can house another six-seven companies,” Geilenkirchen said, adding that Sohar Port and Freezone is getting tremendous response for the newly proposed area near Terminal D.