MoH expenditures decrease for third year in a row 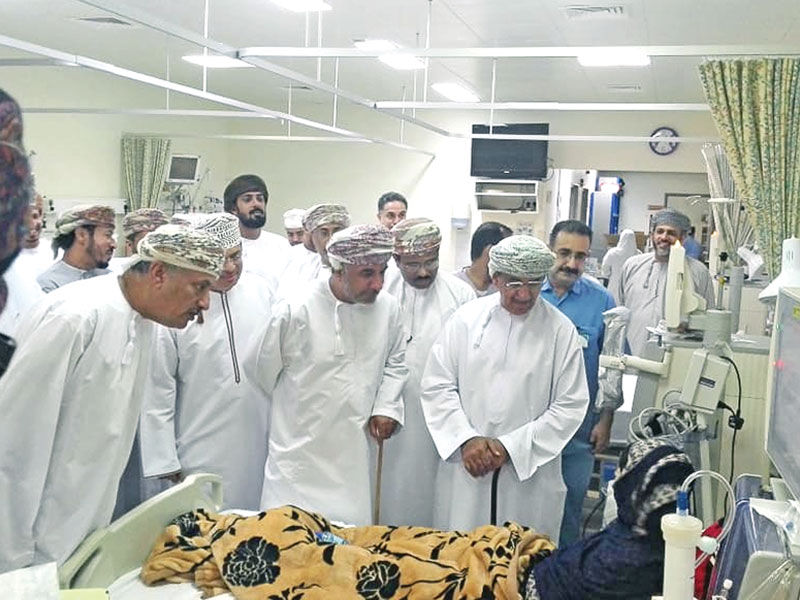 The report threw light on the main achievements of the health sector in the sultanate along with the most common health and vital indicators, sustainable development goals indicators, important MoH studies and researches over the past years.

The report has ten chapters that examine health inputs, outputs and procedures.

According to the Health Report 2018, MoH’s expenditures decreased for the third consecutive year after the fluctuation in oil prices and associated economic changes. In addition, the report indicates that the total recurrent expenditures of the Ministry of Health reached about RO674mn in 2018 compared to nearly RO793.2mn in 2015 at an average annual decline rate of about 5.6 per cent, while the development expenditure reached about RO25.5mn. Road accidents are a key factor in the increasing number of injuries, disabilities, and deaths in the sultanate. Statistics of these accidents show that the problem remains huge.

Although the number of road accidents had declined in 2018, number of injuries and deaths remain high.

MoH institutions received 466 cases of road accident-related deaths before arriving at the health facilities or prior to admission in the wards, in addition to 79 deaths at the hospitals among inpatients.

In order to expand health services in 2018, MoH opened the Wadi al Sail Health Center in Al Wusta governorate. The Shalim Health Center has been upgraded to be a hospital. Therefore, by the end of 2018 there were 185 health centres, 22 health polyclinics and 50 hospitals with 5,027 beds. Several services have been added to these institutions to improve the quality of the health services.

The workforce was also developed, in which the total number of workers in the Ministry of Health reached 39,303 by December 2018 and the Omanisation rate touched 71 per cent. As for the vital indicators, the crude birth rate reached 32.2 per 1,000 population in 2018 and the crude death rate per 1,000 inhabitants touched 2.7.

The report also showed the control of measles disease in which 12 cases have been recorded in 2018 after the number of cases reached 133 and 97 in 2016 and 2017 respectively. The sultanate has remained free of many diseases such as polio since 1993, diphtheria and neonatal tetanus since 1991. The incidence rates of other communicable diseases have decreased to lowers levels.

The report also touches upon morbidity and mortality pattern that shows a continuing change in the sultanate’s epidemiological map.

The report indicates that there is a steady increase in non-communicable diseases rate where it reached 44.2 per cent among outpatient clinics, and 39.8 per cent among inpatients.