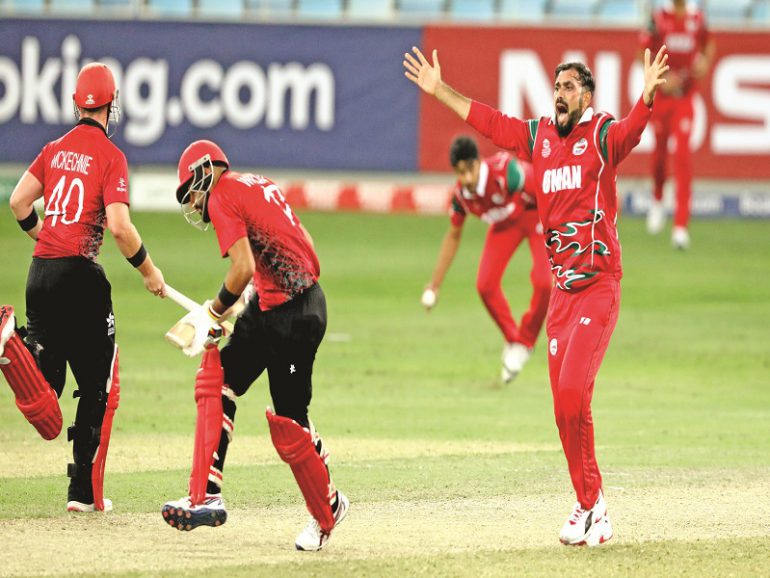 It was a match where the final qualifying ticket to T20 World Cup was to be booked. And Oman finally earned it on Wednesday after a match that witnessed fortunes oscillating between Team Red and Hong Kong at the Dubai International Stadium in Dubai, UAE.

Oman huffed and puffed to a challenging total of 134, courtesy Jatinder Singh’s combative unbeaten 67 and a brilliant cameo of 26 off nine by Naseem Khushi. Chasing 135 to win, Hong Kong was jolted early by pacer Bilal Khan’s opening burst as he took three for 16 and finished with four for 23. Fayyaz Butt and Khawar Ali bagged two wickets apiece to restrict it to 122 for nine for a 12-run win.

Hong Kong was tottering at 18 for five before a determined Scott McKechnie (44) and Haroon Arshad stopped the slide with a 52-run stand. Ali got the breakthrough with Arshad’s wicket and then McKechnie’s vigil was broken by Mohammed Nadeem to leave Hong Kong at 102 for eight. Khan returned to castle Nasrulla Rana in the penultimate over to leave Hong Kong chase 18 in six balls. Iteventually ended up at 122.

Mohammad Nadeem and Suraj Kumar then joined the exodus on poor shot selection and to make matters worse, a poor umpire’s decision had Mehran Khan leg-before despite a clear edge visible on TV replays.

Oman was staring down the barrel with 42 for six in nine overs but Jatinder Singh, who was involved in both run-out dismissals, along with Syed Aamir Kaleem (17) crawled to 84 in 16.5 overs before the latter in a bid to hasten the run-rate returned to pavilion.

It was followed by an amazing counter-attack by Jatinder in the 18th over as he hammered Kyle Christie for 18 runs including a six and two boundaries.

Naseem Khushi used his long handle to strike lofty hits and his brilliant cameo of 26 off nine balls and a 50-run partnership in 19 balls (eight boundaries) helped Oman put up a challenging total of 134 for seven. Jatinder carried his bat with a 50-ball 67 that included seven hits to the ropes and one six.

Having lost two chances to seal a spot in the first round of the T20 World Cup, Oman finally crossed the line in the elimination playoff to become the last and 16th team to confirm its qualification from the T20 World Cup Qualifier.

It would be Oman’s second successive qualification in the World Cup, having made its historic debut in 2016.

Six places were up for grabs for next year’s finals in the Qualifier in UAE alongside Sri Lanka and Bangladesh in the first-round group stage in Australia.

Earlier on Wednesday, Scotland trounced UAE by 90 runs to secure its place. The Scots, the top seeds going into the Qualifier, had finished a disappointing fourth in Group A. But they responded with their second biggest T20 victory as UAE was bowled out for a paltry 108 chasing Scotland’s 198 for six.

Scotland will take on Oman in a fifth-place playoff on Thursday.

On Friday, Group A winner Papua New Guinea faces Namibia in one semifinal, with Group B winner Ireland taking on Netherlands in the other semis on the same day. All four sides along with Scotland and Oman secured the ticket to Australia from the ongoing Qualifier. 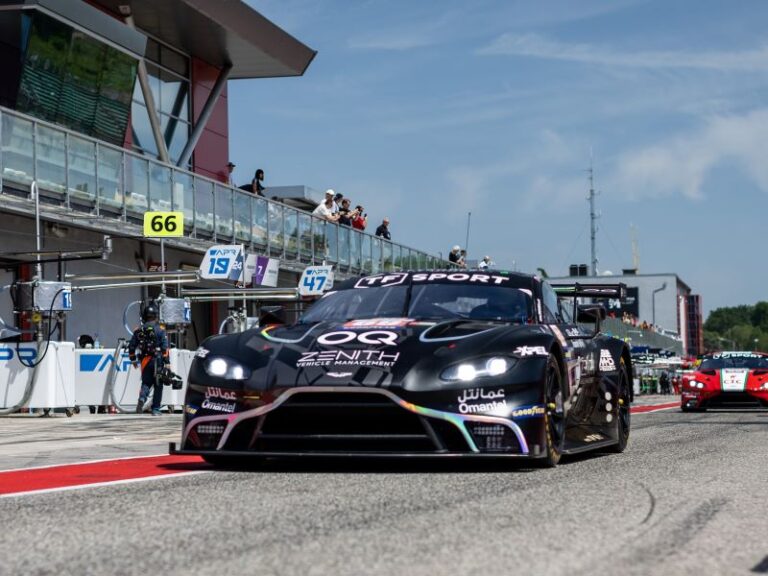 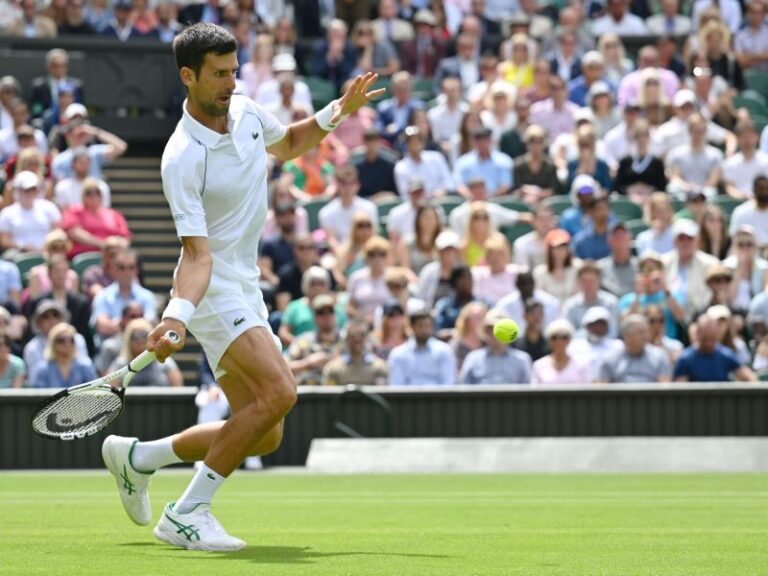