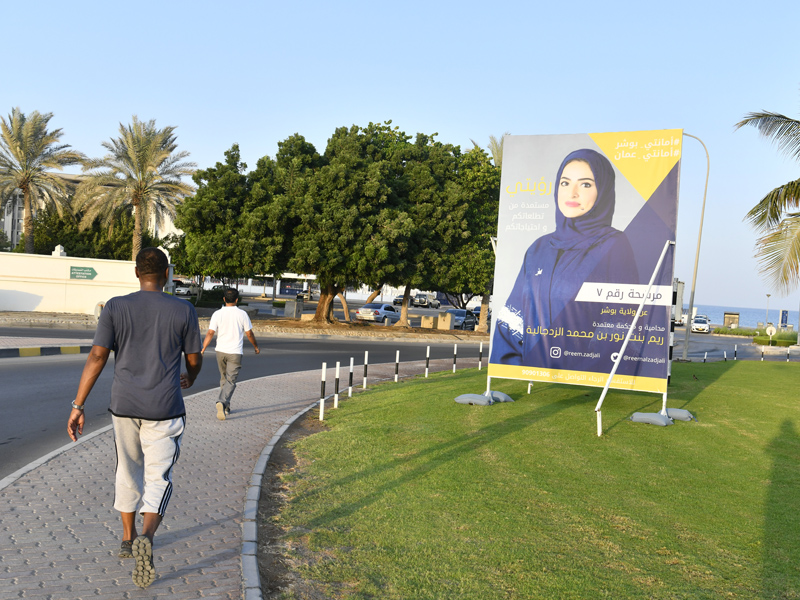 Omani women say they are determined to have greater representation in the next Majlis A’Shura, even though the proportion of female candidates is lower. As many as 43 female and 724 male candidates are competing for 85 seats this year.

In 2015, there were just 20 female candidates. Their determination to not be sidelined, can be gauged from the way campaign posters are stuck in the streets, right next to male candidates.

Iman Rashid al Ghafri, who is running for the Bausher seat, told Muscat Daily that Majlis A’Shura is a consulting body and a think tank. “The nation wants us to voice the needs of the people and it is people like us who can ensure that their concerns are heard while the government is planning and executing different strategies,” she said.

Iman is very clear about her path forward. “The Shura Council members should have a cross region priority plan, scheduled for four years. We have to work on a win-win solution. Secondly, we have to create a baseline for the services so that we can help improve the government’s plans and accelerate investment.”

On why there is less representation of women in the Shura Council, Iman said, “This is a matter of time, once we put on board a woman with high productivity and good communication skills things will change. I believe men trust women, but we have to accept the format of the contest, where obviously winners will be fewer and losers many.”

Sana Hilal Salim al Maashari, a contestant from Amerat, said these elections are all about experience. “We need to give attention to the legislation and laws of the country, and make proposals that can be implemented. We need to strive to develop the country, the top priority being more job opportunities for the youth,” she said.

Sana said the key to winning is self assurance. “Omani women, while exercising their right, need not fear men. They just need to break the barriers; it begins with self-assurance and gaining the confidence of voters, even male ones.”

It helps to be an optimist and the women running for the elections this year have a clear vision. Sameera bint Hamoud bin Hamdan al Bimani, who is contesting from the wilayat of Bahla, said, “This time, many women are optimistic. This is not the first time I am contesting but this time I have high hopes. The last time, I was fifth and I was the only woman from Bahla. My hopes are based on three key approaches – human values, society and economic development.”

Sameera feels women lost before because many did not know their capabilities. “In the previous years, I saw many women lose because the voters were not convinced of their capabilities. A woman can add value to any field. I am quite optimistic that we will have a good number of women members this time because they have proved themselves and there is a big trust now than ever before given that we have women ministers now,” she said.

Moreover, women don’t give up their rights easily which makes them stronger. “Shura needs more women members because they don’t give up easily. We just need everyone’s trust.” 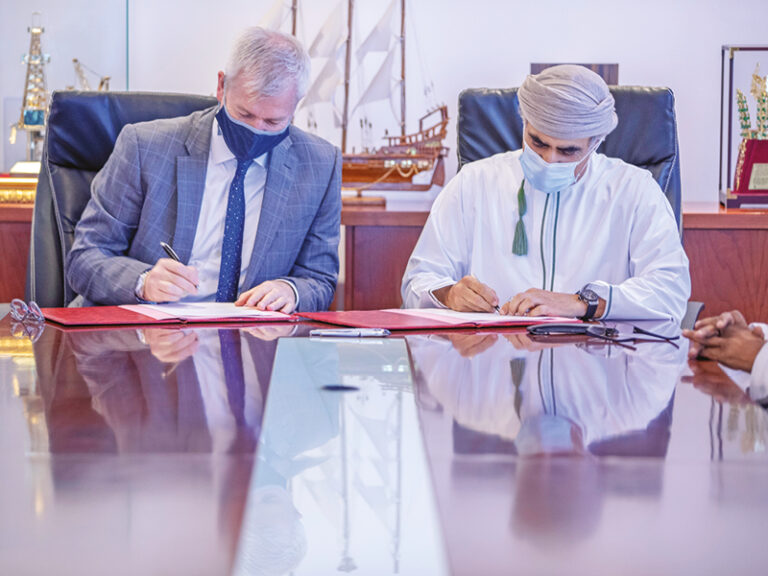