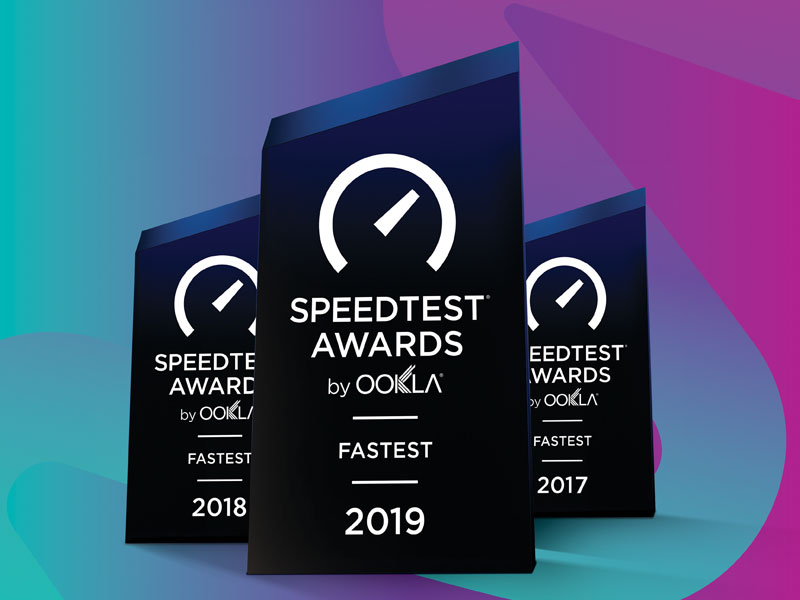 Awasr, the sultanate’s first specialised broadband Internet service provider, announced winning the title of the ‘Fastest Fixed Broadband Network’ in Oman three years in a row based on analysis by Ookla of Speedtest Intelligence data for Q1-Q2 2017, Q1-Q2 2018 and Q1-Q2 2019.

The title is awarded by Ookla, the worldwide leader in Internet performance testing and consumer-driven network diagnostics. With over 10mn consumer-initiated tests completed per day and more than 25bn test runs recorded overall around the world, Speedtest by Ookla provides the most complete overview of Internet performance and the best insight into actual user experience.

In the official Speedtest Award report for Q1-Q2 2019 that is published on their website, Awasr emerges as the clear winner nationwide, earning the title of the fastest fixed network in Oman. Customer-initiated tests were taken between January and June 2019, wherein customers in Oman carried out over 850,000 tests via the Speedtest by Ookla platforms. The results highlight which fixed network achieves the best results under real conditions. To win this award, Awasr achieved a Speed Score of 33.72, with top speeds of 91.35 Mbps for download, 26.96 Mbps for upload and average latency of 7 ms.

“We are pleased to award Awasr with the award for Fastest Fixed Network in Oman. This recognition is testament to their exceptional performance in Q1-Q2 based on Ookla’s rigorous analysis of consumer-initiated tests taken with Speedtest,” Jamie Steven, EVP at Ookla, was quoted as saying.

Abdul Monem al Futaisi, chief operating officer of Awasr, said, ”It is yet another validation of all the efforts we put into continuously upgrading our solutions that will results in better experience to our customers.”

Awasr, since its launch in 2016, has continued to make waves in the Internet community by offering its customers packages with exceptional customer experience.

“Speedtest by Ookla is one of the most trusted ways to measure real world network performance and the Internet speeds operators provide. We are immensely proud that Speedtest Intelligence results have confirmed the speed of our fixed network, especially the fact that it comes from consumer-initiated testing,” commented Issam al Ismaili, head of Commercial at Awasr.

“Receiving this distinction for the third time means we are headed in the right direction,” he added.