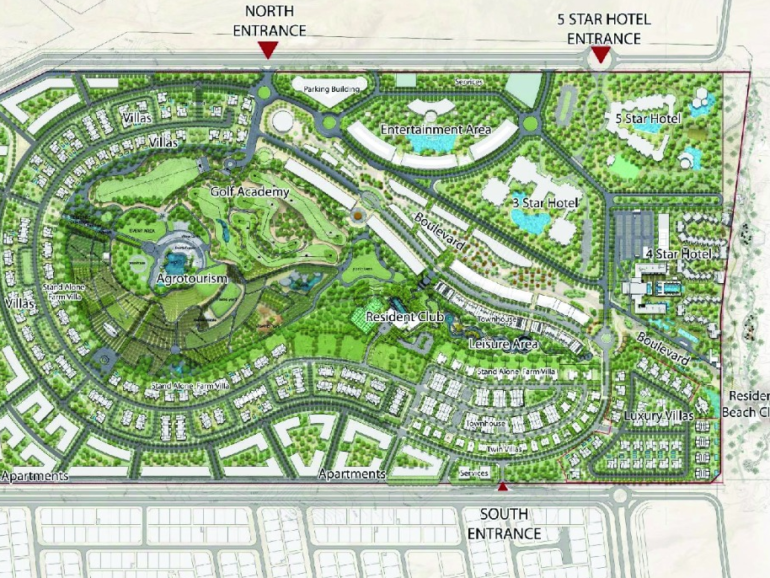 Muscat – Qurayyat Development Company unveiled the commercial identity of its Hayy al Sahel tourism project in the wilayat of Quriyat, Governorate of Muscat, on Wednesday. It will be built at an estimated cost of RO385mn, including RO40mn allocated for the first phase of the project.

The unveiling ceremony was held under the patronage of Dr Yahya bin Suleiman bin Abdullah al Nadabi, Wali of Quriyat, in the presence of several officials from the Ministry of Heritage and Tourism, Qurayyat Development Company and Al Madina Real Estate Company, the main developer of the project.

Nadabi stressed on the importance of the project in reviving tourism and the economy of Quriyat, and the fact that it is in line with the sultanate’s economic diversification plans within Oman Vision 2040.

He added that Hayy al Sahel and its facilities will have positive economic and social outcomes, particularly for the people of the wilayat who will directly benefit from the project.

Sheikh Hilal bin Khalid al Mawali, chairman of the Board of Directors of Qurayyat Development Company, expressed his delight at the unveiling of the commercial identity of the project “as it is the first integrated tourism project with comprehensive services and facilities in the wilayat of Quriyat”.

On the occasion, Khamis bin Mubarak al Kiyumi, chairman of Al Madina Real Estate Company, said, “We are proud to be the main developer of Hayy al Sahel. The design of this pioneering project combines modernity and authentic Omani architecture. The project covers an area of 1.3mn sqm.”

The project will be developed in three phases and include three main components – tourism, residential and recreational facilities. Its tourism facilities include three hotels (three-, four- and five-star rating) providing 750 rooms, in addition to a golf academy.

The residential complex will include more than 4,000 housing units, which will be available for freehold ownership by all nationalities.

Its recreational facilities will include a water park, a boulevard walkway with shops, restaurants and cafes, cinemas and an integrated health club.
The project will also enhance the use of the fishing port and develop a floating berth to receive marine transport vessels, which will facilitate the movement of visitors and tourists between Muscat and all tourist ports.

The first phase includes infrastructure in the project for 400 housing units, constructing of a four-star hotel of 220 hotel units, including 100 chalets, as well as a residential neighbourhood on a boulevard spread over ​​53,000sqm with green houses and a walkway for bicycles.

The first phase also includes a park, a number of restaurants with a view of the project highlighting the heritage and identity of the wilayat, in addition to an equestrian and camel riding club and recreational and commercial facilities, which will be the major attraction of the project.