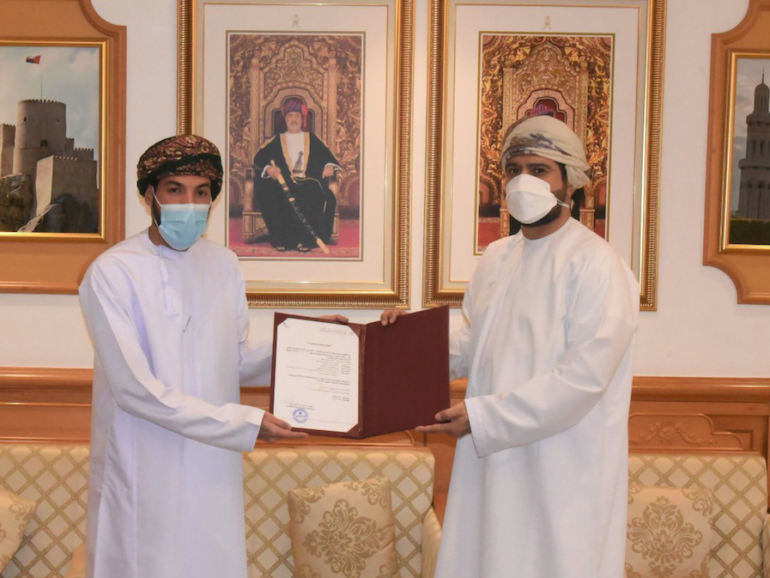 Muscat – The Ministry of Commerce, Industry and Investment Promotion (MoCIIP) has granted patents to two citizens in its efforts to create a competitive environment for the private sector and to develop the national economy.

Khalid bin Hamoud al Hinai, head of Patents and Industrial Designs in MoCIIP’s National Intellectual Property Office, said, “Musif aims to reduce the number of victims of traffic accidents, and speed up response time through rapid communication with emergency teams in the sultan-ate. It will also allow automated and accurate reception of accident information, reducing hum-an error in determining accident locations, and enhancing coordination with emergency services required to assist in such events.”

Musif works by sending a text message automatically from the vehicle driver to emergency services, in the case of an accident, as well as to a close relative to keep them informed. “The message also contains a location link, allowing emergency services to quickly reach the site of the accident,” said Hinai.

According to Hinai, the ministry plays a major role in spreading awareness on intellectual property rights and providing services related to facilitating and registering patent applications. The ministry also focuses on inventions that feature technologies addressing problems related to meeting the needs of changing markets.

“The ministry provides initial research for an inventor’s idea to be able to gauge its feasibility and the possibility of protecting it by searching for documents similar or close to the idea in databases to save effort, money and time, avoid repetitive ideas and focus on new and qualitative ideas,” said Hinai.