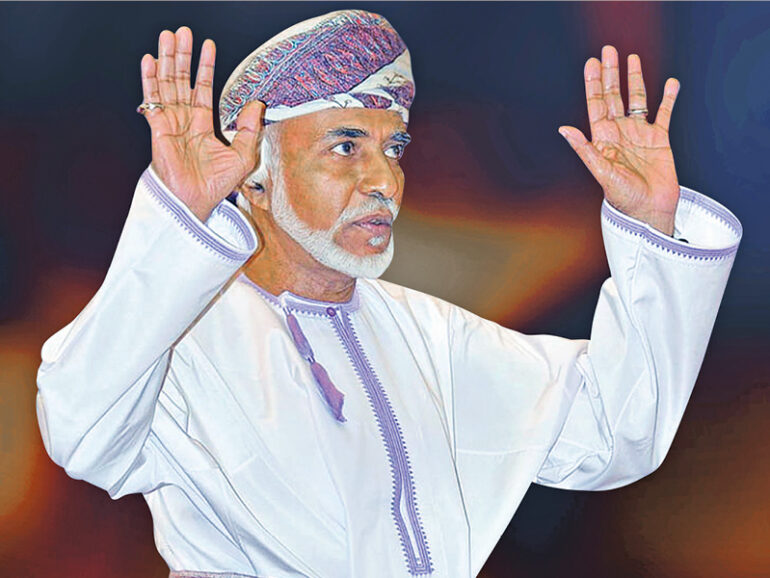 Muscat – While the sultanate celebrated the 51st National Day, saluting the exemplary development of the past and with an eye on the future, it is also a time to remember the founder of modern Oman and its Blessed Renaissance, the late Sultan Qaboos bin Said.

His thoughts are fresh in the heart of every Omani man and woman, who continue to pray for him and thank him for the good deeds to the nation and its loyal people.

In his first speech on January 11, 2020, His Majesty Sultan Haitham bin Tarik said, “The will of the Almighty Allah on His beings is inevitable and to Him we shall all return. It was the Almighty Allah’s will that we have lost the best of men, the forgiven one, God willing, Sultan Qaboos bin Said bin Taimour; a man who cannot be served right by such a speech, as no words can describe what he achieved and accomplished. He set up a modern state from scratch, a country that is now recognised by all, far and near. He established a deeply rooted renaissance whose features have crystalised into a raft of laws and legislations that fortified this country and channelled the progress of its march towards the blossoming future that he wished.”

The achievements accomplished by the late Sultan Qaboos are stark and manifest in every sphere of life. He sowed and cultivated true faith in people. “We must bow down in respect to our beloved late Sultan Qaboos. It was his wisdom, hard work and tolerance that built the nation and it is still following in the same path led by the new generation. We miss his presence and more so on such days like the National Day,” said Bader al Harthy, a government employee.

The late Sultan Qaboos, who passed away on January 10, 2020, is a father figure to the nation and his footsteps will always show the way forward. “We miss our beloved leader Sultan Qaboos every day but today even more so in every corner of the country. He was not only a visionary but also a very kind-hearted man. He was far ahead of his time and invested all his thoughts and energies in the education and health of every Omani,” said Salim bin Amour al Tauqi, a private sector employee.

Citizens and residents of Oman are yet to come to terms with his demise more than a year later and the National Day – his birthday – is a day of prime importance to many. “It was the day when the late sultan was born. The country witnessed change and progress in a very short span of time. We owe all of our developments to him and I am very glad to say that this is ably carried forward by His Majesty Sultan Haitham,” said Mohammed al Harthy, a retired government employee.

For others like Abdullah al Musallami, a retired accountant, Sultan Qaboos will forever be remembered as the moderniser of Oman. “In 1970s, life in Oman was in a mess but now the sultanate is like heaven on earth.”

He continued, “Over five decades, Sultan Qaboos brought about a radical transformation in Oman, in the life of each individual. Hardships, and lack of basics, transportation and communication are things of the past thanks to him.”

In 50 years under the late Sultan Qaboos, Oman raced ahead in every aspect of human and infrastructure development and in every sector.