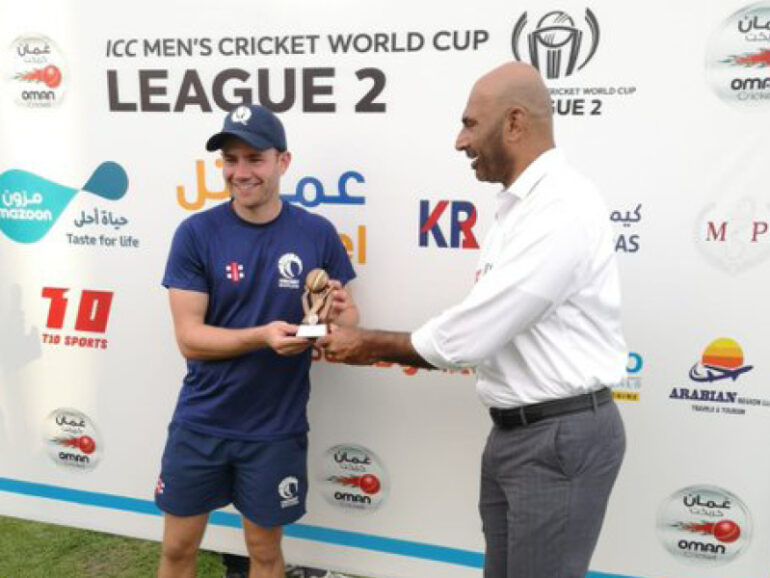 Hosts Oman take on PNG in their first match of this tri-series on Sunday.

Having restricted PNG to 197 in 47.4 overs, Scotland reached victory with six wickets in hand in 43 overs to pick up valuable two points in the seven-nation tournament and stay at third place with 11 points from nine games. Oman lead the standings with 22 points from 14 games with 11 wins.

The tri-series is the second of the back-to-back WCL 2 event in Oman after the ICC resumed the qualifiers to the 2023 World Cup in India. In the first tri-series that concluded last week, Oman emerged on top with Nepal and the USA the other participating teams.

Scotland and PNG are also in Oman’s group along with Bangladesh in the first round of the T20 World Cup that begins next month.

Scotland put PNG to bat first and had them on the backfoot with early strikes as PNG were 58 for three in ten overs. By the next ten overs, PNG were 92 for six. At the halfway stage they were tottering at 105 for seven. It was only a ninth-wicket stand between Chad Soper (46 n.o.) and Damien Ravu (32) that took them around 200. Pacer Gavin Man and spinner Hamza Tahir picked up three wickets each.

In reply, the opening wicket stand was followed by another half-century stand of 58 between Cross and Calum MacLeod (45). George Munsey’s unbeaten 27 took the team home in 43 overs. Cross was adjudged the man-of-the-match.