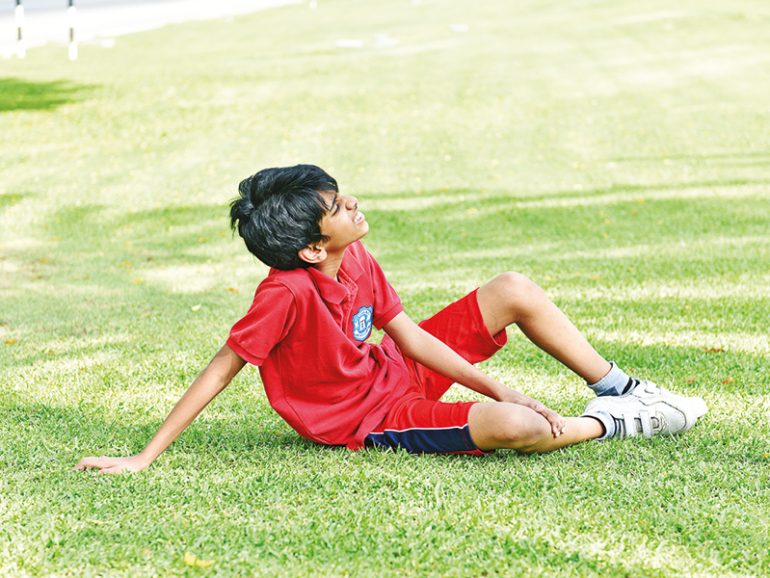 Have you ever had to stop short in the midst of your morning run or on the sports field when excruciating pain in your limbs compelled you to remain absolutely still? Did you fall off a chair and injure your foot or accidenly bang your wrist against the wall and see stars in an instant?

Though you wouldn’t have experienced any obvious signs of a fracture (swelling, numbness, redness, bleeding ), chances are you have developed a hairline fracture that is characterised by intense pain and limited mobility. And immediate medical attention is recommended.

Hairline fractures are often caused by overuse or repetitive actions when microscopic damage is done to the bone over time. Not allowing yourself enough time to heal between activities is often a factor in the probability of getting this injury.

Most hairline fractures are caused from either overuse or repetitive activity. An increase in either the duration or frequency of activity can result in a hairline fracture. This means that even if you are used to running, suddenly increasing either your distance or the number of times per week you run can cause this injury.

Hairline fractures can also be caused when one changes the type of exercise undertaken. For example, an experienced swimmer can sustain an injury if he/she undertakes a new activity suddenly, like running, even though one is in good shape.

Bones adapt to increased forces put on them through various activities, where new bones form to replace old bone. This process is called remodeling. When a breakdown happens more rapidly than new bone can form, the chances of a hairline fracture increases.

The bones of the foot and leg are especially prone to hairline fractures. These bones absorb a lot of stress during running and jumping. Within the foot, the second and third metatarsals are most commonly affected. This is because they’re thin bones and the point of impact when pushing off on your foot in order to run or jump.

The most common symptom of a hairline fracture is excruciating pain. This pain can gradually get worse over time, especially if you don’t stop weight-bearing activity. Pain is usually worse during activity and lessens during rest. Other symptoms can include swelling, tenderness, and bruising, depending on each case.

Certain examinations are necessary to detect the location and extent of the hairline fracture.

Your doctor will inspect the painful area. They’ll probably apply gentle pressure to see if it causes pain. Pain in response to pressure is often the key for your doctor to diagnose a hairline fracture.

The best imaging test for determining hairline fractures is an MRI. This test uses magnets and radio waves to provide images of your bones. An MRI will determine a fracture before an X-ray can.

Hairline fractures often aren’t visible on X-rays immediately after the injury. The fracture may actually become visible a few weeks after the injury takes place, when a callus has formed around the healing area.

This involves receiving a small dose of radioactive material through a vein. This substance accumulates in areas where bones are repairing. But because this test will indicate an increased blood supply to a particular area, it won’t specifically prove there’s a hairline fracture.

Follow the RICE method – Rest, Ice, Compression, Elevation. It may be  recommended that you use crutches to keep weight off an injured foot or leg. You can also wear protective footwear or a cast.

Because it usually takes up to six to eight weeks to completely heal from a hairline fracture, it’s important to modify your activities during that time. Cycling and swimming are great alternatives to more high-impact exercises.

Some serious hairline fractures will require surgery, where bones are supported by the addition of a type of fastener using pins or screws to hold bones together during the healing process.

Once you feel pain, stop exercising.

See your doctor if you have a persistent area of discomfort.

Use the correct sports equipment.

Wear proper running shoes. (Should be replaced every 300 miles.)

When restarting a sport or activity, reduce your intensity by 50%.

Make sure to warm up and cool down before activities.