Raheel’s quest to make Duqm more than an industrial area 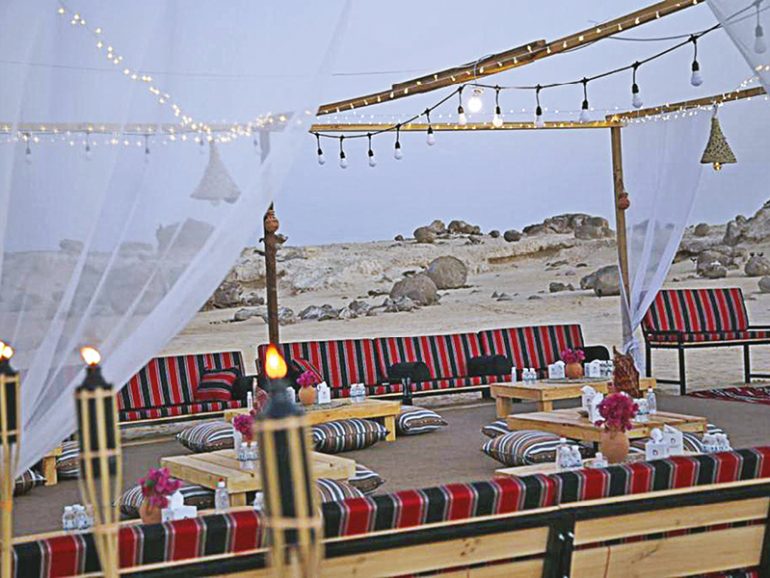 Raheel is billed as a gateway to escape mundane routine as it encourages outdoor events and promotes tourist areas.

Speaking to Muscat Daily, Raheel Mohammed al Jabri, founder of the company, said, “I finished studying Architecture Engineering in the United States and have Bachelor’s and Master’s degrees. I chose lighting for by Master’s thesis because I love interior design.”

She said the idea for Raheel emerged when she was working as a trainee at Opaz  – Public Authority for Special Economic Zones and Free Zones.

“I saw a chance to start a project for event management due to the need in Duqm for a similar project. Only high-end hotels like Crowne Plaza organised such activities and it meant they were very expensive.”

Raheel informed that her company was established on January 14, 2021.

“My goal is to use this project to highlight major tourist areas in the Special Economic Zone in Duqm by bringing events to these beautiful spaces, for example the Rock Garden. I picked a place outside the area because the Rock Garden is a reserved area. We utilised it as a background with a natural surrounding. I decided to create a simple traditional theme to suit the area and have facilities for customers to enjoy their dinner under the stars.”

Additionally, by organising such events the company can engage SMEs from different places in Oman.