Oman at Olympics: Adawi to make Games debut on Tuesday 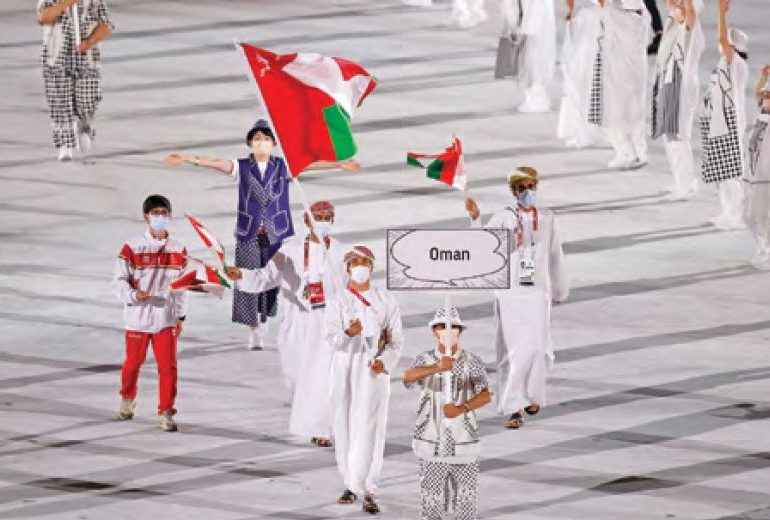 Talented swimmer Issa al Adawi, 22, who was Oman’s flag bearer during the opening ceremony of the Tokyo Olympics on Friday, will make his Games debut on Tuesday when he competes in the preliminary heat of the men’s 100m freestyle swimming event.

Oman’s other Olympic Games debutant, Amur al Khanjari, 20, will be competing in the 81kg class of the weightlifting event, on July 31.

Experienced marksman Hamed al Khatri will be in action on August 2 in the 50m rifle three position men’s qualification round. This is his second successive Games participation.

Oman’s only women participant, Mazoon al Alawi, will make her second Olympic appearance when she runs in the 100m round one heat on July 30 while Oman’s fastest sprinter, Barakat al Harthi will feature in the 100m heat on July 31. For Harthi, this will be his third consecutive Olympic Games, equalling the record of legendary Omani athlete, Mohammed al Malki, who too, took part in three successive Games (1984, 1988 and 1992).

On Saturday, Adawi was assigned heat three and with his best timing of 51.69s, he is seventh best among the eight competitors in Tuesday’s race.

Out of the nine heat races comprising a total of 72 swimmers, the best 16 will advance to the semifinals. Brazil’s Cesar Cielo holds the world record of 46.91s, set in 2009.

Speaking ahead of his historic participation, Adawi said, “It was a great honour to be Oman’s flag bearer during the opening ceremony on Friday. The memory of carrying the sultanate’s flag will remain etched in my memory forever.

“I hope to give my best in my race on Tuesday. I am confident of bettering my own personal best. It is a world-class competition with only 16 of the 72 advancing to the next stage. My aim is to improve my timing and soak in the experience of competing at the world’s biggest sporting event.”

Meanwhile, Adawi’s Omani coach, Ayman al Kulaibi, arrived in Tokyo on Friday. Kulaibi will join Adawi’s Japanese coach  Kusanagi Kenta during the event. Kenta has been training Adawi for the past three years at Chukyo University in Japan.

Also, Oman’s ambassador to Japan, H E Dr Mohammed al Busaidi, in a statement wished the Omani athletes the very best for their respective events at the Olympic Games.