Bank lending in Oman rises 3 per cent in April; deposits up 4.1 per cent 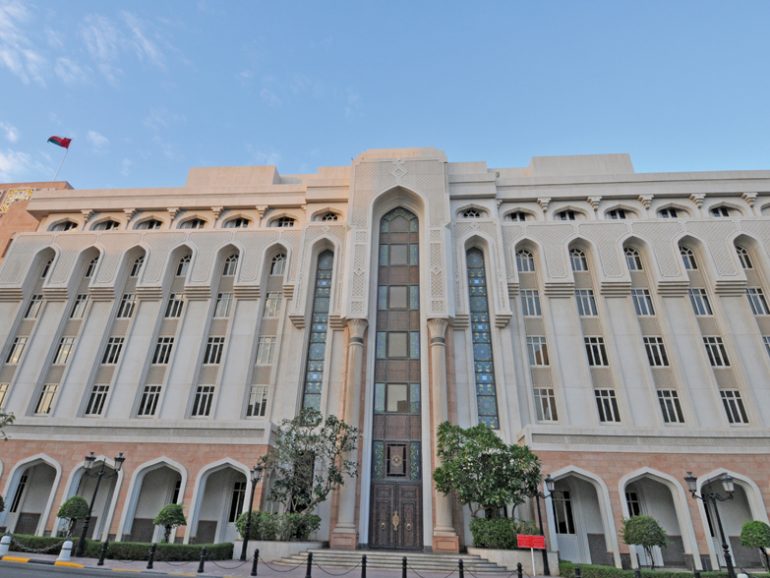 Total assets of Islamic banks and windows increased by 11.6 per cent to RO5.5bn and constituted about 14.6 per cent of the banking system assets in April 2021

Total outstanding credit extended by Oman’s banking sector grew by 3.0 per cent year-on-year to reach RO27.2bn at the end of April 2021, according to the latest statistics released by the Central Bank of Oman (CBO).

Bank credit to the private sector showed a relatively moderate growth of 1.2 per cent at RO23.3bn in April this year compared to the same period of 2020, the data showed.

The shares of non-financial corporate sector and household sector (mainly personal loans) in total private sector credit stood at 46.7 per cent and 45.1 per cent, respectively, at the end of April 2021.

The share of financial corporations was 4.8 per cent and other sectors received the remaining 3.4 per cent of total private sector credit. The combined balance sheet of Oman’s conventional banks showed a year-on-year growth of 1.5 per cent in total outstanding credit as of end-April 2021.

In contrast, Islamic banking entities provided financing of RO4.5bn at the end of April 2021, recording an year-on-year growth of 11.2 per cent. Total assets of Islamic banks and windows increased by 11.6 per cent to RO5.5bn and constituted about 14.6 per cent of the banking system assets as of end-April 2021.

On the deposits side, the CBO data indicated that total deposits held with the Omani banks (conventional and Islamic) registered an year-onyear growth of 4.1 per cent to reach RO24.9bn at the end of April 2021. Total private sector deposits increased by 6.8 per cent to RO17.3bn.

In terms of sectorwise composition of private sector deposits, the share of households deposits stood at 50.9 per cent, followed by nonfinancial corporations at 32.4 per cent, financial corporations at 14.2 per cent and other sectors at 2.5 per cent. Aggregate deposits held with the conventional banks increased by 2.3 per cent to RO20.9bn at end-April 2021 compared to a year ago period.

Government deposits with conventional banks witnessed a decrease of 8.9 per cent at RO4.4bn and deposits of public enterprises declined by 2.2 per cent to RO1.3bn.

Private sector deposits, which accounted for 70.6 per cent of total deposits with conventional banks, increased by 6.1 per cent as of April 2021 to reach RO14.7bn, the CBO data showed.

Total deposits held with Oman’s Islamic banks and windows increased by 14.7 per cent to RO4.1bn in April 2021 compared to the same period of 2020.