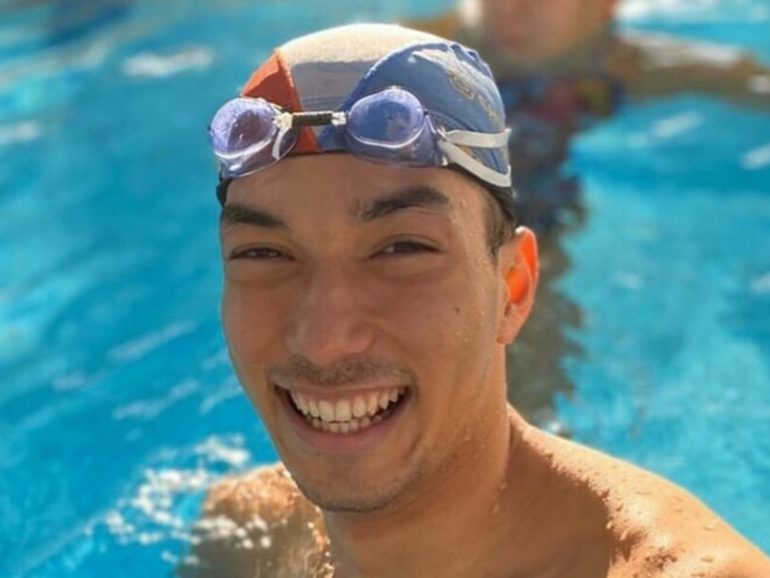 Issa al Adawi, a 22 year old Omani swimmer, will make his debut at the Olympics later this year after he was named in a three-member national squad for the Tokyo Olympics.

The 2020 Tokyo Olympics, which were postponed last year due to the coronavirus pandemic, will now be held from July 23-August 8.

A top Oman Olympic Committee (OOC) official confirmed to Muscat Daily on Sunday that a ‘three-member squad has been finalised’.

“All the three participants have been handed invitation cards from the IOC after we approached them to increase our quota. We are happy that we are able to send three of our best athletes to the showpiece event,” he said.

With just over a month before the Games begin, the OOC announced that besides Adawi, the other two athletes are former Asian Games bronze medallist Barakat al Harthi in 100m and Hamed al Khatri in shooting. Both Barakat and Khatri had represented Oman at the 2016 Olympics in Rio de Janeiro, Brazil.

For Barakat, who won a bronze at the 22nd Arab Athletics Championship in Tunisia on Friday, this will be his third successive Olympics after competing at the 2012 London Games and 2016 Olympics.

The 33 year old Barakat clocked 10.43s at the Arab meet, nowhere near the Olympic qualifying mark of 10.05s, but with the OOC managing three invitation cards, he made the cut based on his display over past two years.

Khatri, 36, had competed in the men’s 50m rifle three positions event and was also the sultanate’s flag-bearer at the opening ceremony in Rio.

Adawi has been training in Japan for the past three years as a student of Chukyo University in Tokyo.

Adawi is expected to take part in 50m and 100m freestyle, the two events he had competed at the 2019 FINA World Championships in South Korea. He is the current national record holder in 50m, 100m and 200m freestyle event.

Adawi had previously represented  Oman at the 2018 Buenos Aires Youth Olympic Games (YOG), when he took part in the 100m freestyle event.

Meanwhile, the OOC official informed that Kazem al Balushi will be the chef-de-mission and OOC chairman Sayyid Khalid al Busaidi will be the leader of Oman delegation.

This will be also the first time that no woman athlete will be taking part since Oman first fielded a woman athlete (Buthaina al Yaqoubi) at the 2008 Olympics in Beijing, China. Sprinters Shnoona al Habsi (2012), Mazoon al Alawi (2016) and shooter Wadha al Balushi (2016) were the other women who represented the sultanate at the Olympics.