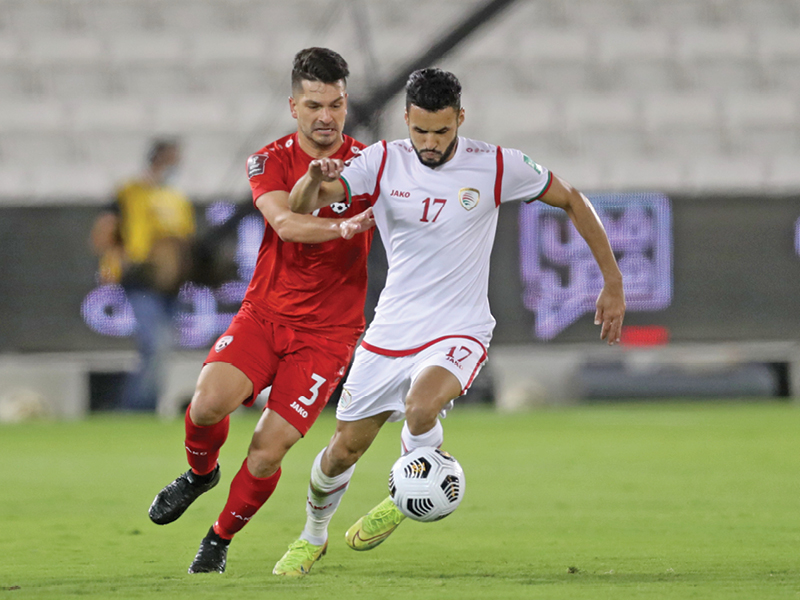 Oman will take on Somalia in their FIFA Arab Cup 2021 qualifying match in Doha on June 20.

The match will be played at the Jassim Bin Hamad Stadium, the same venue where the Red Warriors played their 2022 FIFA World Cup and 2023 Asian Cup Group E second round matches, which concluded on Tuesday.

Branko Ivankovic’s Oman will be favourite to get past minnows Somalia, who are placed 197th in the latest FIFA World Ranking.

Oman are placed 80th in the FIFA ranking and will go into the match high on confidence after securing their place in the third round of the FIFA World Cup qualifiers and securing their spot in the 2023 Asian Cup finals.

The match against Somalia will kick-off at 9pm, Oman time.

A win over Somalia will take Oman into Group A, where it has been placed along with hosts Qatar, Iraq and the winner of Bahrain vs Kuwait qualifier.

Oman is one of the 14 teams who feature in the upcoming qualifiers, and the seven winners will join the nine highest-ranked teams in the final tournament that will take place later this year (November 30-December 18) – during a similar timeslot to the FIFA World Cup 2022.

The seven qualifying matches will be held from June 19-25 at two venues – Khalifa International Stadium and Jassim Bin Hamad Stadium.

The leading nine nations, according to the FIFA World Ranking, have qualified for the tournament directly are Qatar (hosts), Tunisia, Algeria, Morocco, Egypt, Saudi Arabia, Iraq, UAE and Syria.

The tournament is seen as a vital opportunity to test operations and facilities exactly a year before Qatar hosts the first World Cup in the Middle East and Arab world.

Meanwhile, the organisers of the FIFA Arab Cup announced that the sale of tickets for qualifiers began on Tuesday.

Both stadiums that are hosting the qualifiers have innovative cooling technology for the benefit of fans and players. In line with COVID-19 protocols, a maximum 30 per cent capacity will be permitted for each match at the venues.