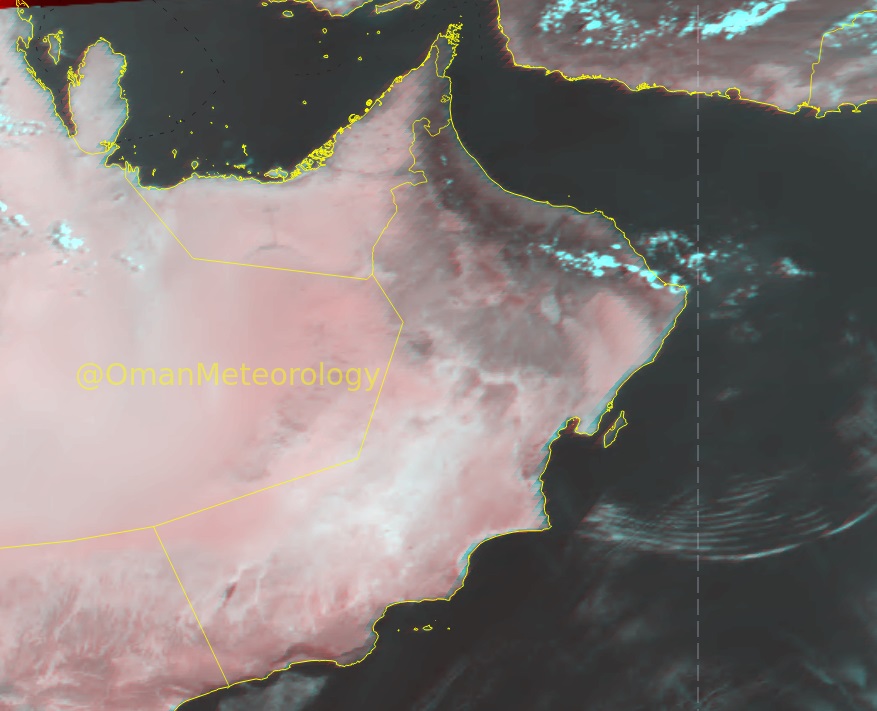 The tropical depression in the Arabian Sea off the southwest coast of India turned into tropical storm Tauktae on Saturday, which is likely to further intensify into a severe tropical storm by early Sunday.

According to the National Multi-Hazard Early Warning Centre, the storm is not likely to impact Oman directly in the next two days.

The centre stated on Saturday that wind speed around the eye of the storm was 45-55 knots when it was around 1,600km from the Oman coast. From the coast, the nearest convective cloud bands were 1,100km away.

According to The Weather Channel, the storm is expected to intensify and could become one of the strongest to threaten parts of western India and eastern Pakistan in more than two decades.

‘Given an ample supply of warm – about 31C – deep ocean water, humid air and low wind shear, Tauktae could rapidly intensify into the equivalent of a formidable hurricane this weekend (Sunday),’ the channel stated.

Tauktae is expected to track towards the north-northwest, generally parallel to the coast of western India. The majority of forecast model tracks suggest the centre may stay just far enough off the coasts of Kerala, Karnataka, Goa and Maharashtra states to spare the most severe impacts. But a few forecast model tracks keep Tauktae closer to the coast, if not an outright landfall, the channel said.

Mumbai may have a close brush with Tauktae late Sunday night or early Monday. After that, it could eventually threaten India’s Gujarat state and perhaps southeast Pakistan.

According to Jason Nicholls, forecaster at AccuWeather, Tauktae is expected to strike Gujarat or adjacent Pakistan as a very severe cyclonic storm around Tuesday or Wednesday.

He added that Tauktae may not be the only tropical system in Arabian Sea in May. “Conditions may become conducive for a potential second system in the Arabian Sea during the last week of May. Something to watch.”

The forecast is mainly clear skies over the sultanate with advection of high and medium clouds over Dhofar, Al Wusta and South Sharqiyah governorates for Sunday. ‘Chance of cloud formation over Al Hajar mountains may give isolated rain towards afternoon. There are chances of late night to early morning low level clouds or fog patches along the coastal areas of Arabian Sea and Oman sea.’