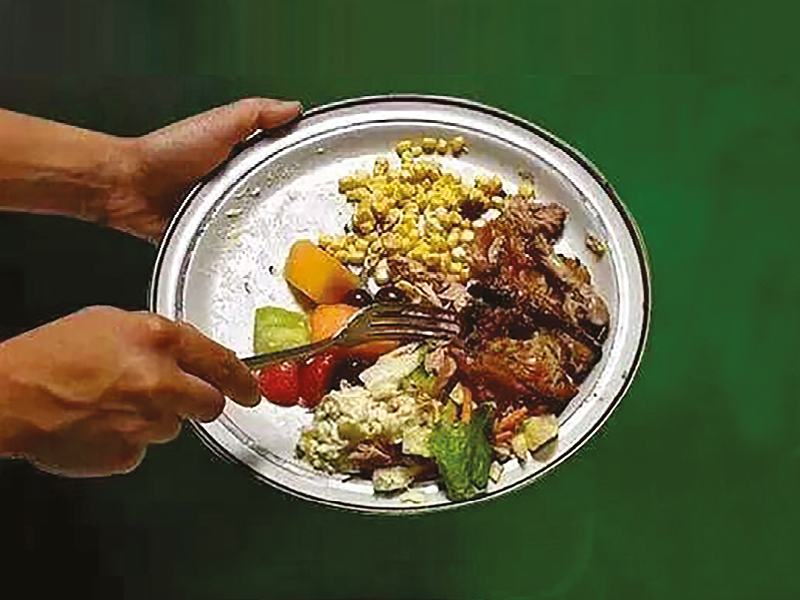 As part of its efforts to raise awareness on reducing food waste, Oman Environmental Service Holding Company -be’ah – has conducted a survey on wastefulness during Ramadan.

The survey included 615 people – an equal number of males and females – and focused on three main points: purchasing habits, methods of preserving food, and minimising food waste at the source.

The survey targeted residents of Muscat, aged between 30-39. The vast majority in the survey were holders of a Bachelor’s degree. Around 40 per cent of the participants were good earners and 56 per cent were responsible for fulfilling the needs of their families.

The survey found that 52 per cent of people always prepare a shopping list before heading to the market. ‘This indicates that half of the participants are not keen on writing down their needs, which increases consumption and the desire of individuals to purchase additional material, especially in Ramadan,’ the survey report said.

With regard to food preservation methods, the survey indicated that the percentage of people who always check the validity of products for use before purchase is only 33 per cent, ‘which is low and indicates that consumption in Omani homes depends on desire and not need’.

Around 41 per cent of those who ate out always took leftover food away from the restaurant. ‘This shows that they are aware of the need to reuse.’

The survey also found that 78 per cent of participants throw away food due to spoilage because it was not properly preserved. ‘The other reasons for spoilage include food not prepared as per taste, buying more quantities than needed, not cooking food well or leaving it in the fridge for a long time, in addition to food being heated several times, all of which are reasons that lead to food waste.’

The survey found that 57 per cent of the people use excess food to feed livestock as an alternative to throwing away food, while 43 per cent disposed of the surplus food directly into waste bins. Additionally, 54 per cent of them always felt upset when they wasted food.

Addressing ways to reduce food waste, the survey stated that 66 per cent participants indicated that religious belief prevents them from throwing food, while 48 per cent said that saving money and achieving financial sustainability is the reason for not wasting food. Also, 38 per cent claimed they didn’t waste food in order to preserve the environment.