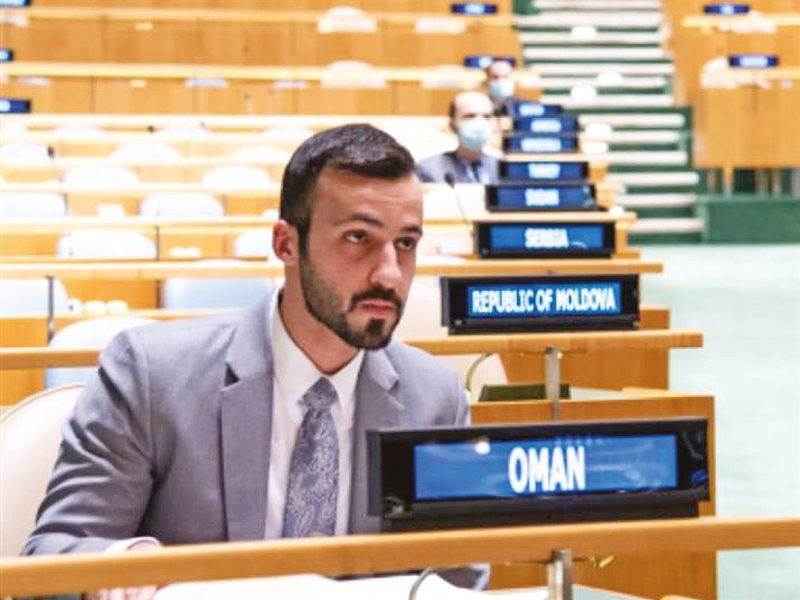 The sultanate has reiterated its keenness to protect water resources through the enactment of laws and legislations and the establishment of an appropriate infrastructure for the management of water supplies in a rationalised and sustainable manner to help meet present and future requirements.

This was stated in the sultanate’s statement delivered by First Secretary Sayyid Ahmed Hamoud al Busaidi before a high-level international meeting on water held at the United Nations premises in New York.

‘Water is a national wealth that deserves to be protected and preserved and its resources have to be developed. To meet this goal, statutes and legislations have been enacted,’ the statement read.

The statement of the sultanate also touched upon the National Strategy for Water Sector, focusing on five main themes: Securing potable water; striking a balance between water use and renewable water resources; consolidating principles for the preservation of water; increasing public awareness about the importance of water conservation, rationalisation in water use and lastly, supporting water techniques, research and innovation in the field of water.

The speech pointed out that Oman provides fresh water services to 97 per cent of the population in towns and cities and 88 per cent in rural areas. The strategies also furnished grounds for a sound wastewater system that benefited 75 per cent of the population. Oman pointed out that the it developed an integrated water desalination system comprising 60 plants and 93 wastewater stations.