Safety of hiking in the spotlight following two fatal accidents 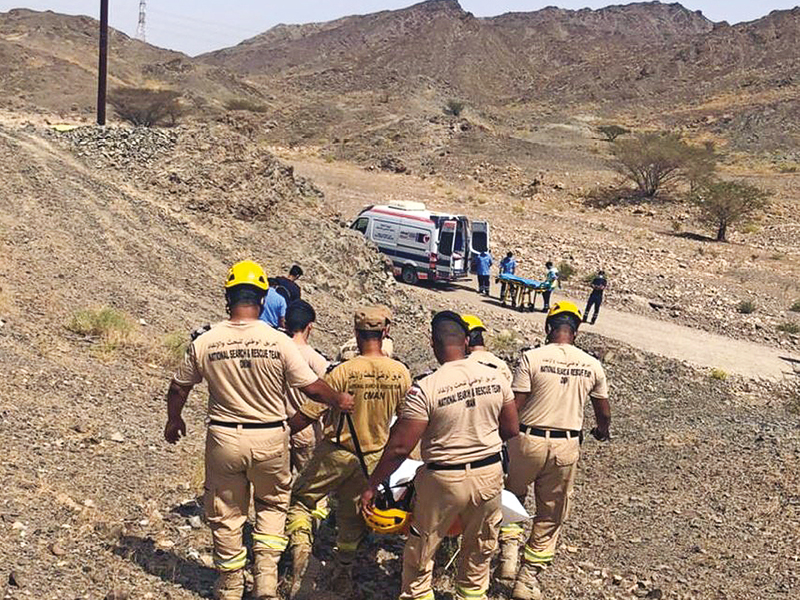 Following three accidents involving three Omani hikers with two of them succumbing to their injuries, the Public Authority for Civil Defence and Ambulances (PACDA) has cautioned people to take care while venturing out in wadis and mountains.

A woman hiker fell to her death on Friday while another citizen lost his life on Sunday, PACDA said.

In the first incident, PACDA said it responded to a call regarding an Omani hiker who had fallen off a cliff in the Saih al Ahmar area in the wilayat of Bidbid in Dakhliyah governorate.

‘Upon arrival it became clear that she had fallen to her death,’ the authority added.

In the second incident, PACDA said one of its teams managed to rescue an injured woman who had fallen from a mountain top while hiking in Jebel Shams.

Regarding the same incident Royal Oman Police said, ‘The ROP Aviation Wing rescued a wounded woman after she fell from the top of a mountain in the Jebel Shams area in Dakhliyah governorate while hiking. She was transferred to Khoula Hospital for treatment.’

In the third case, PACDA’s rescue teams in Dhofar governorate responded to an appeal for help as a citizen from a group exploring a cave in the Shaaht area in Rakhyut went missing on Sunday. He was later found dead.

Following the unfortunate incidents, hiking and mountaineering experts have urged people to adhere to proper precautions to avoid hazards while hiking.

A hiker should have physical fitness and endurance, said Mohammed Alawi, head of Muscat Hiking Team.

“Everyone should start small and choose the right trail according to their fitness levels. Once you have selected a trail, obtain a map of the area and read reviews of the place and get proper data. Whoever wants to practise hiking should go out in a group with proper sportswear and gear,” he said.

He also emphasised on the need to have properly marked hiking routes.

Mountaineer Khalid Said al Anqudi said hikers should have had enough sleep and must be free of chronic diseases.

“Leading up to your hike, and again a few hours before, check the safety means and inform your family of the place you want to visit. A hiker must be prepared physically and psychologically before setting out,” he said.

“If the participant feels tired, they should stop and ask for help from friends.

“Unfortunately, some people post invitations for random hiking on social media without proper organisation. I advise people to avoid these invitations. A hike should be well organised and should have a prepared plan. Participants must prepare and train well.

“I call on hikers to ensure physical fitness and good health before taking up such activities to avoid risks.”