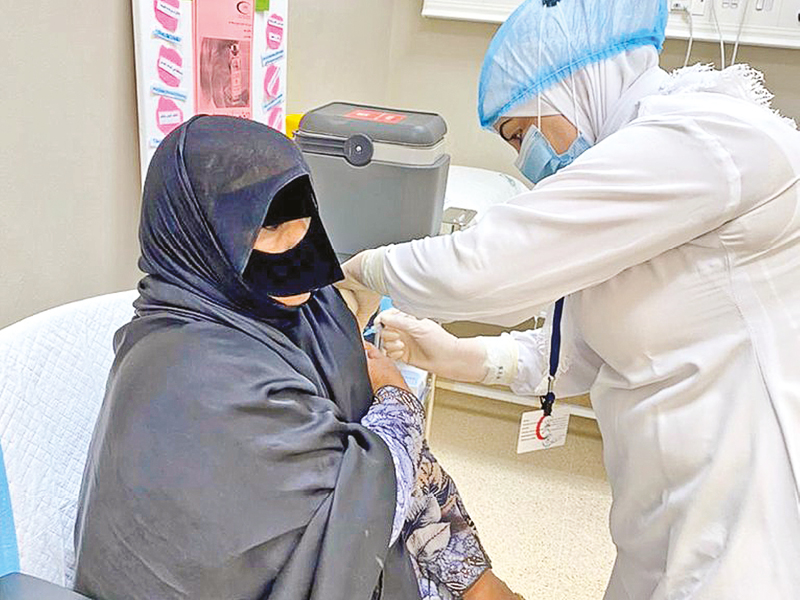 The number of new COVID-19 cases is on the rise again with 587 reported on Tuesday, the highest daily count since October last year.

On Sunday, the Ministry of Health (MoH) had announced 1,610 new cases and eight deaths for three days over the weekend, while 556 cases were reported on Monday. With 587 new cases, the total number of infections went up to 148,010. Five deaths and 155 recoveries were also reported on Tuesday.

‘The number of recoveries has increased to 137,028, while the number of deaths has reached 1,614,’ an MoH statement said, adding that the rate of recovery now stands at 93 per cent.

A total of 51 people were hospitalised during the past 24 hours, taking the total number of inpatients in hospitals to 270, including 85 in ICUs.

As of Tuesday, as many as 85,984 individuals were inoculated with COVID-19 vaccination shots, according to statistics issued by MoH.

H E Dr Ahmed Mohammed al Sa’eedi, Minister of Health, said that the surge in COVID-19 infections that began in mid-January this year is continuing.

“Within a period of less than two months, the number of intensive care patients increased and these units have once again come under constant pressure as deaths are continuing,” he said.

The MoH calls upon all to adhere to the isolation procedures by staying in an isolated room with an attached toilet and serving the isolated person from outside the room as instructed. Social distancing also helps curb the spread of the virus.