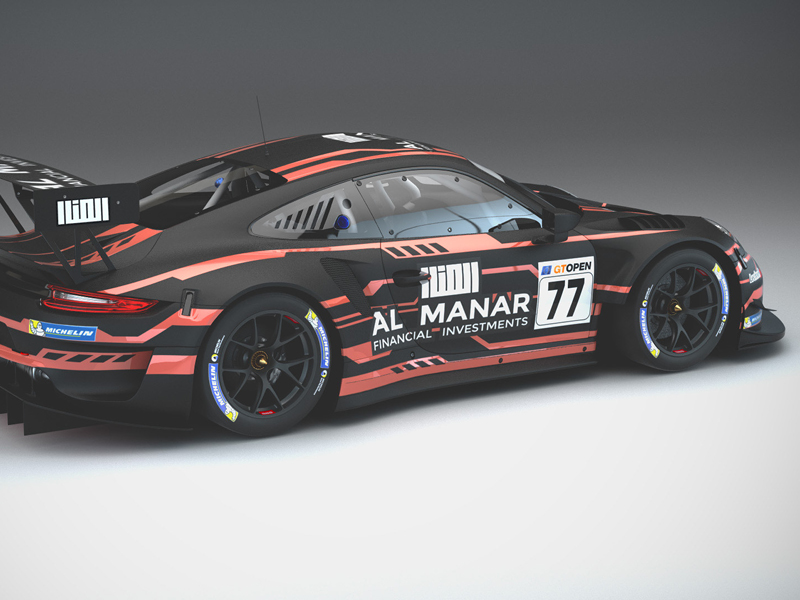 He loves the thrill of being on motor racing tracks for hours. He has brought laurels for the sultanate in recent years. He has driven in some of the biggest races across the globe in his young career. At 22, here is a talented driver who loves to challenge himself, and it is this very approach and attitude that makes Oman’s Al Faisal al Zubair stand out from the rest.

A burning desire to excel behind the wheel has already got him back to back titles at the Porsche GT3 Cup Challenge Middle East Series in 2018 and 2019.

As a champion of the GT3 Cup Challenge, Al Faisal also made it to the world-class Porsche Mobil 1 Supercup and the experience of racing against the best has now made him go for new goals in his sporting career as he announced his decision on Friday to make a full-fledged debut in  motorsports endurance championship.

The pair will drive a Porsche GT3-R as they hope to provide a tough competition to their rivals at the series which features some of the world’s best endurance racers and teams.

The International GT Open will hold its 16th season since starting in 2006 and the seven-leg series will begin the season with a race at the Paul Ricard circuit in France on May 16. The series concludes in Barcelona on October 24.

Al Faisal’s return to a full-fledged endurance series is a welcome development since motorsports across the globe were affected due to the coronavirus pandemic from early March in 2020. He now joins another Omani star, Ahmad al Harthy, in endurance racing and will be competing in the top Pro class at the GT Open.

With Ahmad having established himself as an endurance racing veteran, Al Faisal’s entry will put Oman drivers in focus at the top stage and boost the sultanate’s profile in international motorsports.

Al Faisal’s last participation was at the Silverstone Formula One circuit last October, when participating for the first time in the British GT Championship, he, along with Croatia’s teammate Martin Kodric, claimed a Silver Cup class podium finish and an overall fourth spot.

Revealing details of his participation in the 2021 International GT Open Series, the two-time former Porsche GT3 Cup Challenge Middle East champion said, “I am excited to go for a new endurance series for the first time. It will be a new challenge and I am looking  forward to it along with my teammate Andy [Soucek].”

In the past, Al Faisal has competed in endurance races but this is the first time that the Muscat-based driver will be participating in a complete endurance championship series.

His previous participation were in three endurance races – Abu Dhabi 12Hrs, Dubai 24Hrs and the British GT, where he took a podium in his class.

Al Faisal said, “It is going to be a new experience and with a large grid and some of the best endurance racers in the field with big professional teams, I am eager to provide a healthy competition on my debut season. We will compete but it will be difficult to challenge for the overall championship title. We are hopeful of having good races and then taking each race as it comes.”

Al Faisal will be racing in No77 car with all new black and red livery for the Porsche GT3-R car. The new design further enhances the beautiful lines of the Lechner Racing as the pair will battle out in the 70-minute races across Europe.

A tribute to Walter Lechner

Al Faisal said the decision to team up with his previous team, Lechner Racing, was a way to pay his tribute to his mentor and Lechner Racing founder, Late Walter Lechner, who passed away on December 9, 2020.

“He had played a big role in building my motorsports career and it would be a nice way to pay my tribute by racing for his team in the new championship. That’s the best way he would have liked me to continue with the sport he loved the most,” said Al Faisal, who is fully backed by Oman-based Al Manar Financial Investments.

Al Faisal was due to fly to Barcelona in the coming week but the organisers, GT Sport, on Friday said that the ‘Winter Test’ [testing sessions] for the International GT Open scheduled from March 18-20 at the Circuit de Barcelona-Catalunya in Barcelona, Spain, has been postponed to April 19-20, at the same venue.

The measure was taken in the light of travel restrictions taken, or recently reinforced, by different countries, which make travel virtually impossible for drivers, teams and personnel from a number of countries  targeted by specific restrictions.

Prior to the rescheduling of the Winter Test, GT Sport had announced that the cancellation of 2021 season-opening round, scheduled at Algarve in Portugal on April 23-25 and replaced by a round at Imola in Italy on July  23-25.

The event at Imola will be the fourth in the 2021 season, which will now kick-off at Circuit Paul Ricard on May 14-16.