Expat exodus from GCC likely to continue until 2023, says S&P 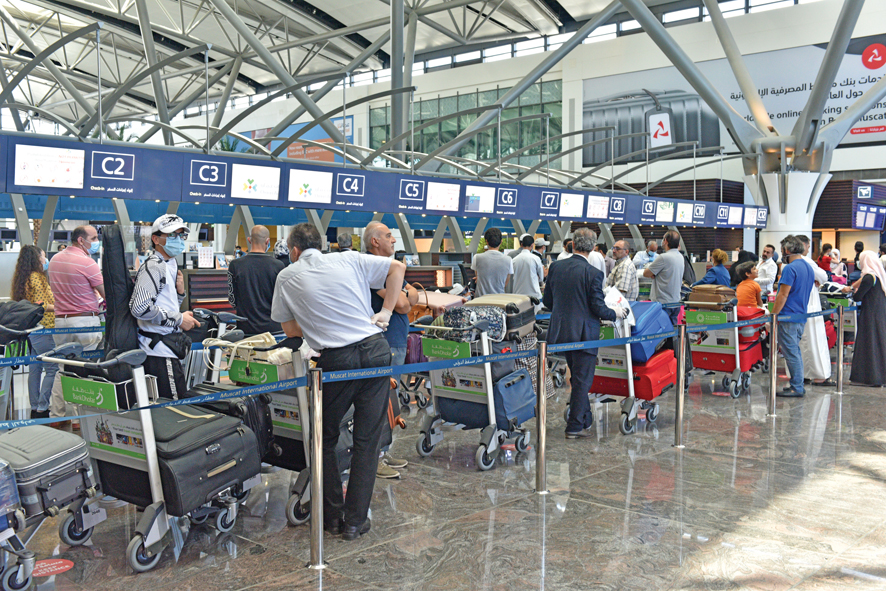 The exodus of expat workers from the GCC countries in 2020, due to the economic fallout from COVID-19 and oil price shock, has accelerated a shift in the region’s labour market which is likely to continue through 2023, S&P Global Ratings said on Monday.

The global ratings agency estimates that total population across the GCC declined by 4 per cent on average last year, with the sharpest decline in Dubai, followed by Oman, Qatar, Abu Dhabi, and Kuwait, mainly due to an outflow of foreign workers. In Oman, S&P said, the expat population took a hit of about 12 per cent (close to 230,000 people) in 2020, with the contraction skewed toward lower-income workers employed in construction and agriculture.

‘We expect the proportion of foreigners in the region will continue to decline through 2023 relative to the national population, because of subdued non-oil sector growth and workforce nationalisation policies,’ S&P said in a report.

It said, ‘These changes could have repercussions for the regional economy and pose additional challenges to diversifying away from its heavy reliance on the hydrocarbon sector in the long run, if not met with economic and social reforms that foster human capital.’ While some expats will return as the economic cycle recovers, S&P projects the proportion of foreign workers in the region will decline, particularly in Kuwait and Oman.

‘The overall GCC population is unlikely to return to the 2019 level of 57.6mn until 2023, owing to weaker economic conditions and labournationalisation policies.’ S&P noted that these demographic shifts will have a limited impact on the region’s economic growth and ratings on GCC sovereigns in the near term, with hydrocarbon production and prices remaining the key drivers.

‘However, GCC countries’ productivity, income levels, and economic diversification may stagnate in the long term without significant investment in the human capital of the national population and improvements in labour market flexibility.’

The GCC governments, S&P said, are increasingly implementing policies to boost nationals’ participation in the private sector, mainly through measures that restrict the hiring of expats.

‘We believe these nationalisation policies could hamper economic growth and diversification if they impede productivity, efficiency, or competitiveness.’

The ratings agency said its base-case assumption is that population growth will return in GCC countries, with the exception of Kuwait, from 2021, but slow relative to pre-2020 levels. Additionally, it expects the region’s proportion of expats will continue to decline from about 50 per cent currently.

‘We forecast GCC population growth will average only 1.3 per cent annually over the next three years, which incorporates about 0.7-1.0 percentage points of growth from birth rates in the national population and the remainder from the partial return of expats as the economic cycle gradually recovers,’ S&P Global Ratings said.

However, the agency forecasts continued outflows of foreign workers from Kuwait and Oman, albeit at a much slower pace than in 2020, because of more stringent workforce nationalisation policies.

‘Through 2023, we expect slow economic recovery that will largely depend on increased hydrocarbon production from 2022. We assume that oil prices will remain relatively low at US$50 per barrel over 2021-2022 and US$55 from 2023. As these levels are below the fiscal breakeven oil price for all GCC sovereigns except Qatar, we expect governments will moderate public investment spending, which is the main impetus of non-oil growth in the region,’ S&P added.