People over 65 can get the jab 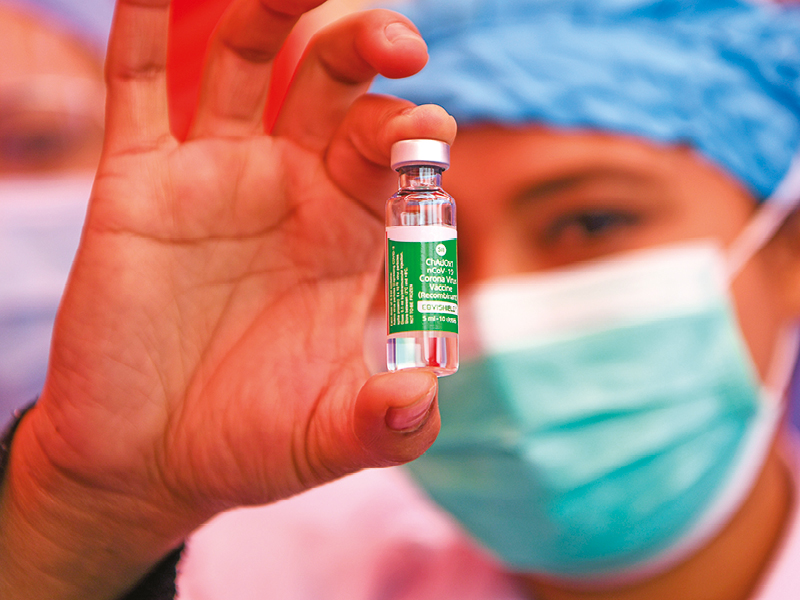 The Ministry of Health (MoH) announced on Wednesday that anyone over 65, healthy or otherwise, can now get the COVID-19 vaccine. A new campaign will begin on Sunday using the Oxford-AstraZeneca vaccine.

In a statement, MoH said, ‘The ministry will commence vaccinating a new target group from the community in continuation of the first phase with the AstraZeneca vaccine from Sunday.’

Last Saturday, the sultanate received a total of 100,000 doses of the Oxford-AstraZeneca vaccine from India. The vaccine is produced by Serum Institute of India.

The ministry confirmed that the campaign targets the elderly who are 65 years and older in all the governorates of the sultanate, including healthy individuals and those with chronic conditions.

‘The ministry would like to note that the campaign (starting on Sunday) does not cover persons who have received the first dose of the Pfizer-BioNTech vaccine. The date of the second dose will be announced later,’ the MoH said.

H E Dr Ahmed bin Mohammed al Sa’eedi, Minister of Health, said, “Be committed to the precautionary measures. The virus is still here and vaccines are not going to be available to everybody in any country for a long time. We do not want to go back to even partial lockdown. We have a choice and that is prevention.”

Oman reported no deaths related to the virus in the last two days. The sultanate’s death toll from the pandemic stands at 1,532. Despite a low mortality rate, which is one of the lowest in the region and much lower than several other countries globally, MoH officials continue to urge people to adhere to preventive measures.

“The best way to be safe from the virus is to adhere to preventive measures, particularly social distancing and wearing a face mask in public and crowded places,” H E Dr Sa’eedi said.

As of Wednesday, a total of 95 patients were admitted in health institutions, including 25 in ICUs.