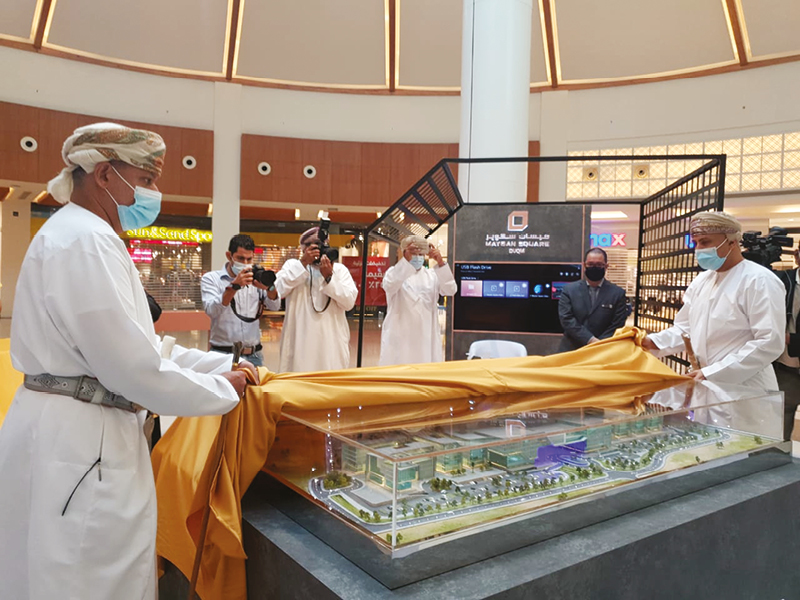 Maysan Properties has announced the launch of Phase 1 of the Maysan Square – Duqm project. It includes an office complex, residential apartments, a business hotel and entertainment venues that will be constructed in stages depending on demand in the Special Economic Zone in Duqm.

The announcement was made at an event held in Muscat City Centre under the patronage of Eng Ahmed bin Hassan al Deeb, deputy chairman of the Public Authority for Special Economic Zones and Free Zones.

At the event, Sadiq bin Jaffer Sulaiman, CEO of Maysan Properties, stated that Phase 1 of construction will commence in April and completion is expected in the last quarter of 2022. Phase 1 of the development includes the office complex, consisting of three wings comprising 229 commercial units and retail stores available for ownership under the usufruct system.

Sulaiman said that the growth witnessed by the Special Economic Zone in Duqm encouraged the company to invest in the region, and that real estate activity is expected to increase due to the growth of Duqm.

“The growth of real estate market in any region requires business opportunities, growth in company establishments and population growth. All of these factors are available in the Special Economic Zone in Duqm. So Duqm is seen as a promising real estate market for the next five years,” Sulaiman said.

Eng Zadjali informed that over the past few years, Duqm has attracted many real estate projects that are characterised by innovative designs and that contribute to meeting the demand for office space and housing solutions.

The Maysan Square project is strategically located in the centre of Duqm, ten minutes from the port and 15 minutes from Duqm Airport. Offices are priced between RO27,000 and RO50,000 depending on floor space varying between 45sqm and 75sqm.