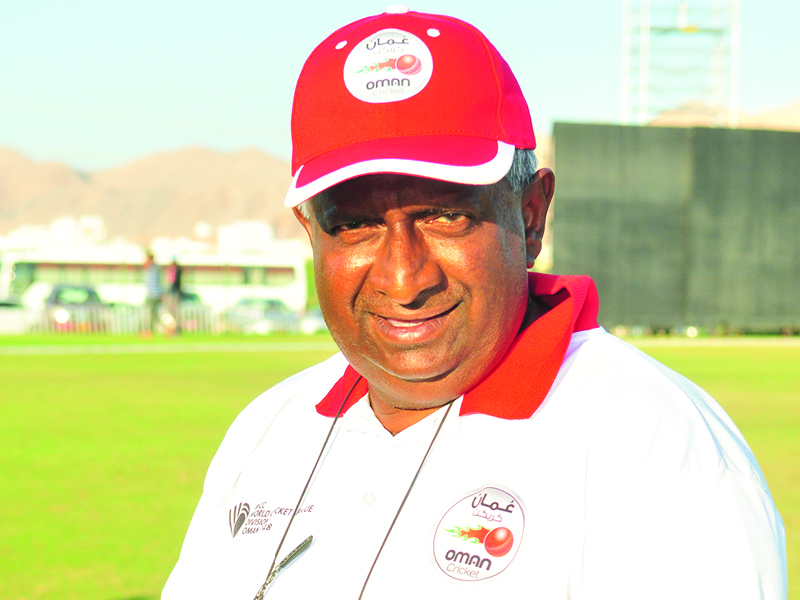 The new year definitely has begun on the front foot for Oman Cricket. The long-cherished dream of hosting a Test match in Oman is set to come true after Oman Cricket (OC) announced that Afghanistan Cricket Board (ACB) has opted to host their forthcoming home series against Ireland and Zimbabwe in Muscat.

The three nations – Afghanistan, Ireland and Zimbabwe are among the 12 Full Members of the ICC and it will be the first time that Oman will be playing host to matches between two ICC Full Members.

Speaking to Muscat Daily on Monday, Duleep Mendis, Oman Cricket’s chief development officer, said, “Following the approval from the ICC, the world governing body, the main ground (Ground No 1) of the Oman Cricket Academy (OCA) at Al Amerat has been given the  nod to host Test matches, ODIs and T20Is between two Full Members for the first time. Earlier, the venue had hosted ODIs and T20Is but those matches featured only one Full Member and an Associate Member or matches between Associate Members.”

Mendis, who is also the national team head coach, added, “We are delighted that ACB has picked Oman to host their upcoming home series against Ireland and Zimbabwe following the ICC accreditation of our main ground.”

The OC official said that the matches will be open for fans but the area for spectators would be cordoned off.  The ODIs between Afghanistan and Ireland will form part of the 2020-23 ICC Cricket World Cup Super League.

The series was initially planned to be hosted in UAE. The three matches will be held on January 26, 29 and 31.

The Afghanistan-Zimbabwe Test series was initially scheduled to be held in India.

Welcoming the ACB decision to host their home series in Oman, Madhu Jesrani, OC secretary said, “This is big news for Oman Cricket. We are only the second nation among the ICC Associate Members to receive the ICC nod to host Tests, ODIs and T20Is between two Full Members. It is a proud moment for all of us.

Mendis said, “All credit to Oman Cricket board under the chairmanship of Kanak Khimji for leading us to such great heights. It was his vision to host the best format – Test cricket – that is set to be realised soon. The role of our senior OC board member Pankaj Khimji in facilitating the approval has been vital after our facilities ticked all necessary boxes desired by the ICC.”

Zimbabwe Cricket (ZC) on Monday has temporarily brought all cricket activities in the country to a standstill, in the wake of new lockdown restrictions announced by the government due to a rise in COVID-19 cases, according to an ESPNcricinfo report.

In fact, all sporting activity in Zimbabwe has been temporarily suspended, according to a statement from the sports and recreation commission.

The Zimbabwe cricket team toured Pakistan in November 2020 for a six-match limited-overs series, but they haven’t played an international at home since the pandemic hit.

They were scheduled to host Afghanistan in August last year, but that series was called off.

India, too, were scheduled to visit Zimbabwe in August for three ODIs, but that series was eventually cancelled as well.

With the latest development of all cricket activities being suspended in Zimbabwe, it remains to be seen whether the move will impact the T20I and Test series against Afghanistan in Oman in February.

Muscat Daily contacted Oman Cricket following the news but officials said that the decision to host the home series has been made by Afghanistan. “We will wait for further updates from the Afghanistan Cricket Board on this matter,” the official said.