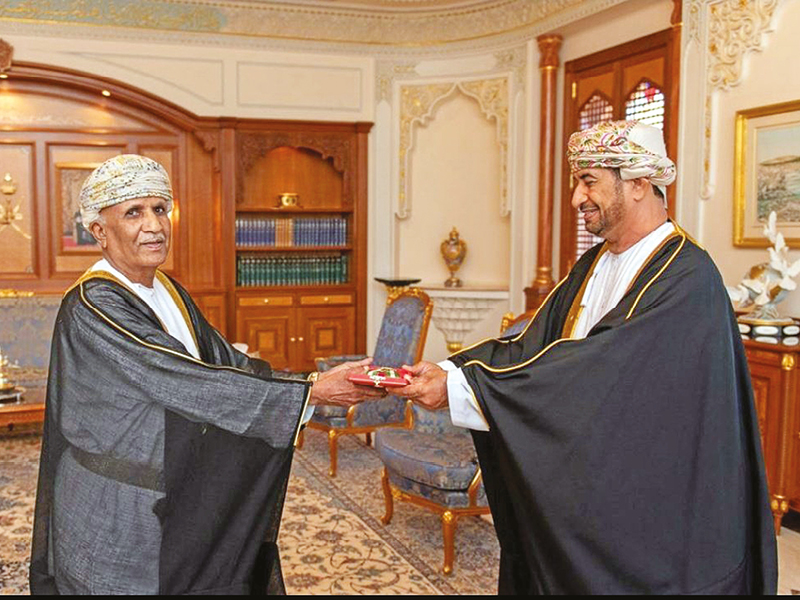 Ali bin Ahmed al Shihri, a language researcher who has written several books on the Shehri – or Jibbali (mountain) – language of Dhofar, was conferred the Order of Merit, First Class, from His Majesty Sultan Haitham bin Tarik recently.

Shihri has documented Shehri, and its origins, and old Omani industrial crafts in detail. He has also organised several exhibitions to raise awareness on the importance of the language and ancient archaeological inscriptions discovered in Dhofar.

Speaking to Muscat Daily, Shihri said, “I am very happy that His Majesty Sultan Haitham bin Tarik honoured me with this award. Jibbali is a language spoken in the southernmost tip of the Arabian Peninsula which long pre-dates modern Arabic. Although it does not have a written form, Shehri is a comprehensive language complete with grammar.”

He said there are many in Dhofar who are native Shehri speakers. A number of them are older generation speakers of the language, particularly those who live in the mountains.

The language is rich and needs to be studied as a part of the Omani cultural diversity, he noted.

He said that the use of Shehri among the new generation is declining owing to a lack of interest.

“I have travelled to several countries, including the UK and USA, to publish research on Shehri. I lectured at Oxford University on the invitation of scholars and researchers there.”

Shihri hopes to find support to publish the books he is currently working on to preserve Shehri.

“Dhofar is rich with ancient historical and cultural heritage, including an ancient language and inscriptions that exist in many sites in the governorate. Studies should be conducted to uncover and decipher these.”