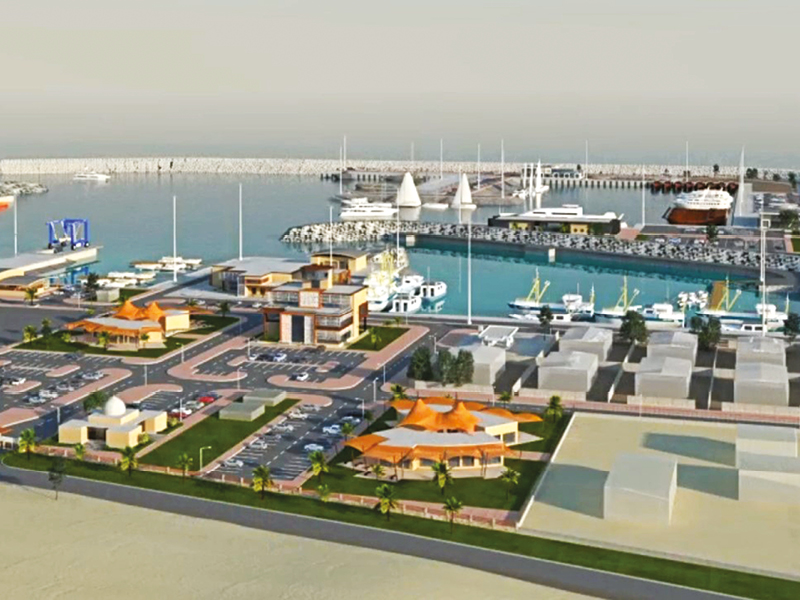 As part of its efforts to develop the ports of the sultanate in keeping with diversification plans for the nation’s income source, the Ministry of Agriculture, Fisheries and Water Resources has commenced work on developing the RO40mn Dibba Fishing Port in Musandam governorate.

Speaking to Muscat Daily, an official at the ministry said, “The executing company of the project started construction works on the development of the Dibba Fishing Port in mid-December. The project includes several facilities to serve a variety of sectors, including tourism and trade. The Royal Oman Police will also have service facilities at the port.”

He informed that a 2,000m long breakwater and 10m deep quay will be constructed. Facilities for fishermen will include a 60m stationary berth for fishing boats, a 190m beach for boats and two 70m floating berths.

“This is in addition to the erection of a boat chute, a 5,000sqm area to serve a hotel, restaurants and tourism offices, a 570m mooring area, and floating anchors of a total length of 200m,” the ministry official said.

He added that the project aims to enhance economic diversity by developing the fishing fleet, stimulating economic activity, creating investment and job opportunities, and raising the contribution of the fisheries sector of GDP.

“The project also aims to enhance maritime transport and logistical support to Musandam, provide an attractive environment for fishermen and stimulate tourism in the governorate,” said the official.

According to statistics made available by the ministry, Musandam has five ports – Khasab, Lima, Kamazar and Bakha, besides Dibba. The governorate contributes seven per cent of the sultanate’s fish production.

The ministry has stated that production increased by 34 per cent during the first half of 2020 compared to the same period in 2019.