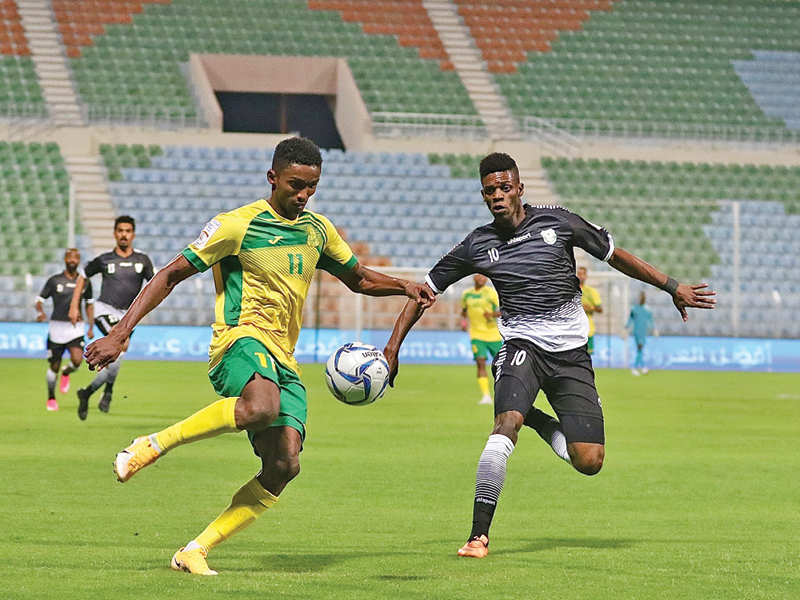 Dedending champions Seeb were held to a goalless draw by promoted Al Ittihad at the Seeb Sports Stadium in the 2020-21 Omantel League match on Tuesday night.

After two rounds of action in the new season, Seeb’s march which began with a thumping 4-0 opening round win over Mussanah, was stalled by a gritty Ittihad. The holders will rue a golden chance missed by their experienced striker Abdulaziz al Miqbali in the 82nd minute of the match when he had only the rival goalkeeper to beat.

Following the draw, Seeb have four points and can be displaced from the top spot if Al Nasr, Al Suwaiq or Rustaq win their respective games later on Wednesday.

In an early game on Wednesday, Muscat was held to a 1-1 draw with Bahla. The draw helped both teams open their accounts after suffering defeats in the opening rounds.

On Tuesday night, Al Nahda and Saham, two of the three clubs fined and docked six points ahead of the start of the season, were in action against each other at the Buraimi Sports Complex.

The hosts, Al Nahda, cruised to a 2-0 win over Saham to reduce their deficit to three points after the win. Eleven-time champions and last season’s runner-up Dhofar, which was the third club to face the sanctions, have managed to win both their opening round games to clear their six-point deficit.

Both Al Nasr and Suwaiq have won their opening round matches along with Al Rustaq, which meets Oman in another late game on Wednesday.