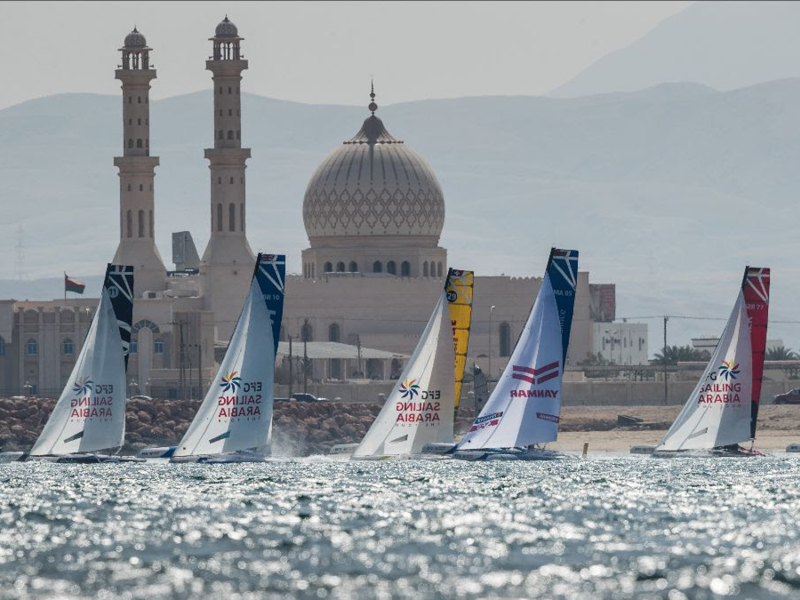 The coronavirus pandemic has caused disruptions to sports activities around the world and with the situation worsening in Europe in recent times, Oman Sail, the organisers of the EFG Sailing Arabia-The Tour (SATT), have decided to postpone the 2021 edition.

The 11th edition of the region’s most popular regatta was scheduled to be held from January 24-February 6, 2021, and the organisers had already received confirmation of eight teams.

However, the growing concerns over air travel restrictions and with Europe witnessing a fresh spike in COVID-19 cases, the organisers have decided to postpone SATT to the last quarter of the year.

Though the fresh dates are yet to be announced, an Oman Sail official confirmed that it would likely be held in October-November, 2021.

The regatta is an attempt to showcase the natural beauty of Oman and takes the teams and spectators on a journey from Salalah to Muscat.

Teams are challenged at five venues with a coastal raid at each venue, three in-port races and one off-shore leg to test the teamwork, tactics and endurance of each crew. SATT also provides a perfect opportunity for talented local sailors to compete against a strong international fleet.

The blend of short sprints and longer campaigns require a variety of strategies, leading to intense racing at the five diverse locations along the coast of Oman.

Over the years, the Tour has become one of Oman Sail’s most anticipated events, attracting a wide variety of sailing talent from across the globe.

The Tour also creates avenues for vital community engagement and the 11th edition is the third to be held only in Oman.

SATT is expected to significantly boost domestic tourism, empower local communities all along the coast and demonstrate the sultanate’s deep-rooted maritime traditions to a growing audience.

Each team competes on identical Diam24 boats in a pure test of preparation and racing skill. Since its debut in 2011, EFG Sailing Arabia–The Tour has attracted some of the biggest names in sailing.

As per the initial schedule for the 2021 edition, teams were to begin racing in Salalah with the first coastal raid at Mirbat and the first in-port race at the Hawana Salalah Marina. The itinerary then takes the teams to Duqm, Masirah Island, Sur, Ras al Hadd before reaching Muscat.

Oman Sail official confirmed on Sunday that the only change in the itinerary for the 2021 edition will be the fresh dates. “The race plan, venues will remain the same as we had announced earlier. The only change will be the new dates for next October-November,” he said.