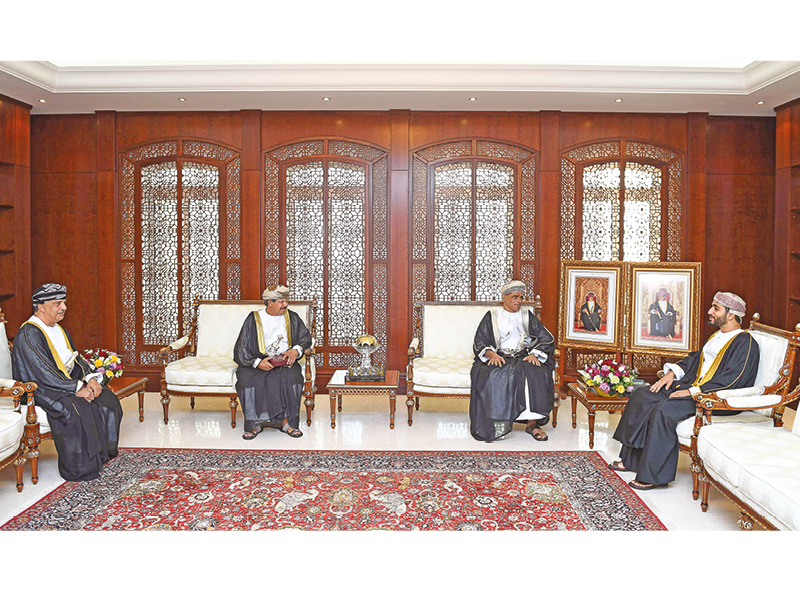 His Majesty Sultan Haitham bin Tarik has conferred the Order of Royal Commendation, 3rd Class, on three media professionals in recognition of their contribution to Omani media.

They were presented the Order of Royal Commendation by Sayyid Theyazin bin Haitham bin Tarik al Said, Minister of Culture, Sports and Youth, when he received them in his office on Monday.

On the occasion, Dr Harrasi said, “The recognition from His Majesty the Sultan to these skilled media professionals is a tribute to Omani media encompassing print, audio, visual and electronic institutions.”

He also affirmed that it is a tribute to genuine, serious and constructive media that presents patriotic message, provides knowledge and spreads positive values among the people of the nation. He appreciated the efforts of the awardees throughout their careers and called on all Omani media professionals and journalists to exert more efforts to spread knowledge.

The awardees expressed their happiness following the recognition.

“The Royal Commendation of media professionals by His Majesty the Sultan is a great honour,” said Yahmadi.

While expressing his sincere gratitude and appreciation to His Majesty the Sultan, Marjabi called on young Omanis to work hard. Farsi added that the recognition is a great moral booster for him to continue to work with more creativity and diligence.