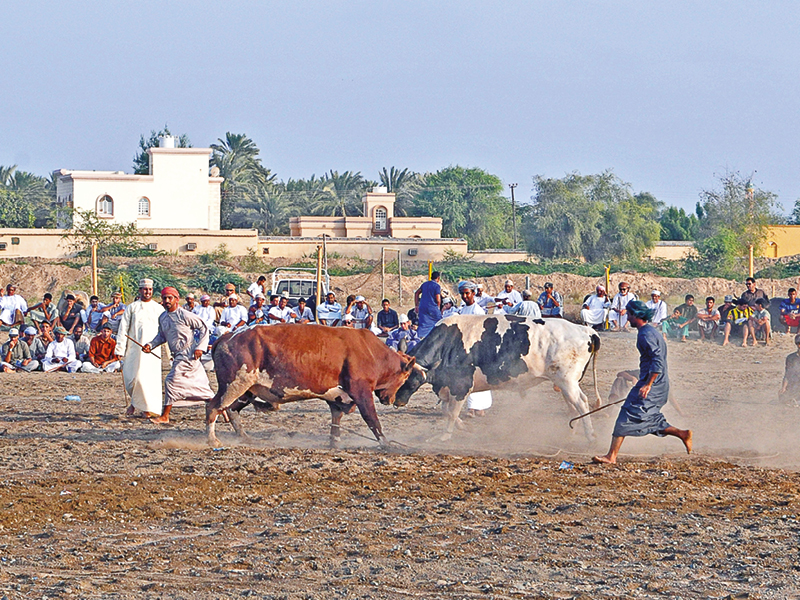 In a set of reforms aimed at curbing animal cruelty, the Ministry of Agriculture, Fisheries and Water Resources has banned the use of animals for entertainment as well as sports like bull fighting.

H E Dr Saud bin Hamoud bin Ahmed al Habsi, Minister of Agriculture, Fisheries and Water Resources, issued Ministerial Decision No 255/2020 related to the animal welfare law, on November 2, 2020, which will be enforced a day following its publication in the Official Gazette.

The decision stipulates fines tobe imposed on those who use animals to perform artistic or entertainment shows.

As per the decision, the owner of an animal will be held in violation of the law if he uses it for any act contrary to its nature making it perform in artistic and entertainment shows such as wrestling arenas and circuses, and using cruelty while preparing the animal for slaughter.

Additionally, exposing animals to neglect or malnutrition, not giving it adequate rest, causing exhaustion from work, racing it without regard for age and health, displaying or trading sick or injured animals, and lifting or pulling animals unable to

Abusing (including sexual abuse) animals, administering growth stimulants or any unauthorised feed additives, and getting rid of sick animals in a merciless way are also violations.

The decision was based on the Animal Welfare Law issued via Royal Decree No 21/2017. According to Article 13 of this law, violation of its provisions is punishable with imprisonment for a period not exceeding one month and a fine not exceeding RO500 or either of these two penalties.