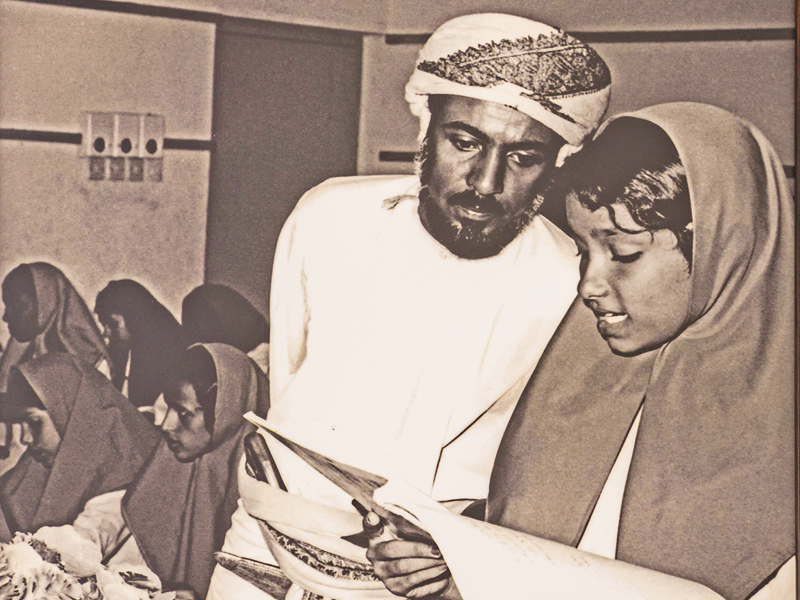 The Late His Majesty Sultan Qaboos bin Said’s commitment to education is reflected in his famous statement: “Let there be learning, even under the shade of trees.”

Fifty years since the dawn of the Omani renaissance, the education sector has grown by leaps and bounds, setting the groundwork for an educated and enlightened society.

As educational facilities in Oman improve year by year, there has been a significant increase in the number of government schools. For the academic year 2020/2021, there are now a total of 1,182 schools across the sultanate in which 676,943 students are enrolled, including 334,889 girls. In the 1970s, there were three schools in Oman. The Ministry of Education has developed strategic plans, including special activities and literacy programmes to reduce illiteracy.

According to the ministry’s figures, there was an increase of 94 new private schools from the academic year 2017/18 to 2018/19, accounting for a growth rate of 14.8 per cent in the number of schools and 10.2 per cent more students.

The ministry also provided quality education to individuals with disabilities, training for teachers and specialists, procured additional equipment and devices, and added more school building facilities. The number of special education schools (for individuals with disabilities) has increased to three, where 525 students were enrolled in the academic year 2018/2019. The total number of teachers in special education schools in that period was 313, 83.1 per cent of who were females.

In a reflection of the increasing awareness on education among Omani women, they constituted 95.9 per cent of the total number of students in literacy centres in the sultanate during the academic year 2019/20. According to National Centre for Statistics and Information (NCSI), 5,145 students were registered in literacy centres during the academic year 2019/20.

The sultanate has made great efforts since the academic year 1973/74 to combat illiteracy and eliminate it in all its forms.

As a result of these efforts, the illiteracy rate in the sultanate decreased to 5.78 per cent in the age group of 15 years and older. The literacy rate stood at 94.22 per cent at the end of 2018.

The Ministry of Education has set up a number of support projects to strengthen partnerships between government and private sector institutions making illiteracy a national issue. The projects include programmes such as the ‘Training Bag Project’ that contains basic scientific material to be used to train teaching staff in literacy classes and raise their professional level and teaching skills.

The ministry also focuses on raising the quality of its teaching staff, and the Omani teacher in particular, through continuous training and upgradation of academic qualifications.

A branch of the Al Saidiya School was opened in Muscat in the year 1940 by His Majesty Said bin Taimur al Said, the father of His Majesty Sultan Qaboos bin Said. The school, which was located in what is now Old Muscat, was initially an all-boys school. The school was laster converted into a museum to showcase the pioneering role it played in the sultanate.