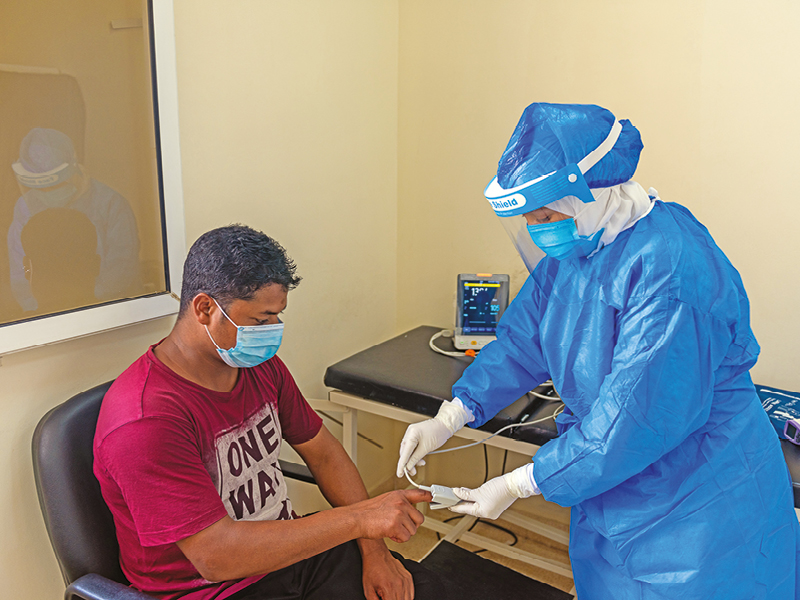 With the rising number of COVID-19 cases in Oman, officials are calling for people to be more committed to adhering to the precautionary measures for the sake of their health, the healthcare sector and the national economy.

In the past few weeks, Oman witnessed an alarming number of deaths and infections rising again due to non-compliance with the guidelines of the Supreme Committee tasked with the COVID-19 situation.

The recent spike in infections has been attributed to illegal gatherings at private farms, beaches, weddings or funerals.

H E Dr Ahmed bin Mohammed al Sa’eedi, Minister of Health and member of the Supreme Committee, said, “I urge everyone to protect yourselves, your family, community, our healthcare sector and the national economy by adhering to the precautionary measures. Everyone should realise that this virus is mostly transferred during gatherings. Unfortunately some people are still not adhering to the committee’s orders.”

H E Dr Sa’eedi said that the two-week night movement ban’s outcome was positive. “Here is a message to all. Whatever decisions the committee takes, they are thoroughly evaluated factoring in all pros and cons. The number of infected cases decreased during the night movement ban because we could stop the banned gatherings,” he said.

Officials have reiterated that violations are punishable with arrest and fines, with offenders’ names and photos now being published. The Supreme Committee has banned all types of gatherings and those found in violation of its directive will be fined RO1,500 for hosting such events, while those taking part face a fine of RO100.