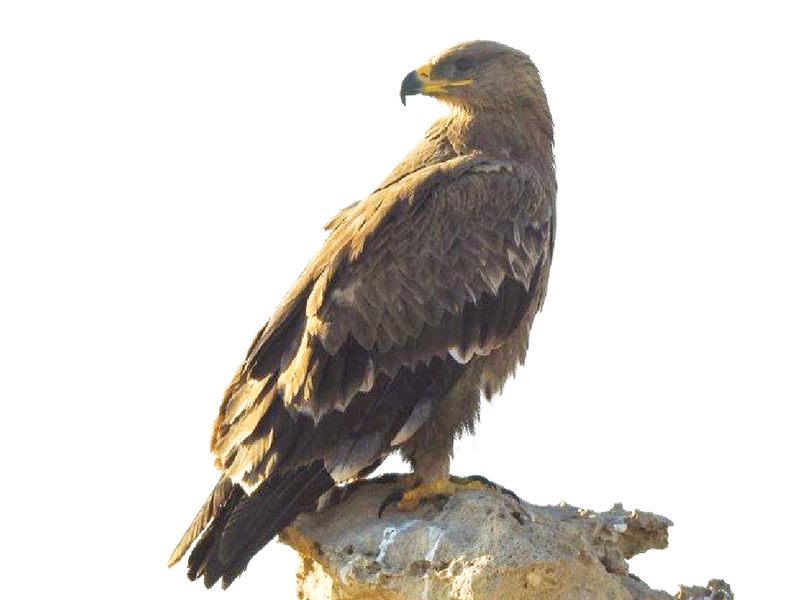 In efforts to protect rare birds, the Office for Conservation of the Environment (OCE) in the Diwan of Royal Court is conducting a field survey on steppe eagle in the Governorate of Dhofar. The survey began earlier this month and will continue until March 2021.

OCE is cooperating with the International Bird Research Foundation in Austria and the preliminary studies indicate that the sultanate is considered one of the environmentally important areas for steppe eagle.

The steppe eagle is a migratory bird that spends the summer in Central Asia and migrates with the onset of winter to southern Arabia. It is considered an endangered species by the International Union for Conservation of Nature.

The steppe eagle (Aquila nipalensis) is a large bird of prey.

Like all eagles, it belongs to the family Accipitridae. Owing to its  well-feathered legs, the steppe eagle is grouped as a member of the Aquilinae subfamily, also known as the ‘booted eagles’.

In treeless areas of steppe habitats, these eagles tend to nest, often on or near an outcrop, but sometimes even on flat, wide-open ground, in a rather flat nest. They are the only eagles to nest primarily on the ground.