Seeb just a victory away from maiden domestic league title 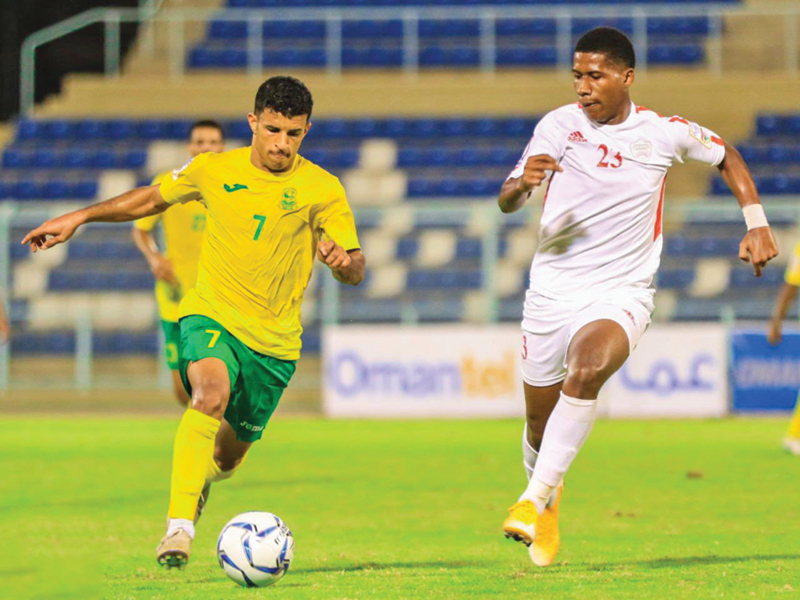 The Omani halwa is all ready to be savoured and distributed by thousands of Seeb Club fans as they await the crowning of their club as the 2019-2020 Omantel League champions, hopefully, on this Wednesday.

Expectations of achieving the long-awaited title success soared on Friday when Seeb edged past Oman Club 1-0 in a scrappy encounter, but the win was enough to give them crucial three points and retain their five-point lead over their nearest contender Dhofar, as the 2019-2020 season moves closer to conclusion with just two rounds remaining.

The penultimate round will be held on Wednesday with Seeb taking on Muscat Club at the ROP Stadium and Seeb will make history with their maiden league title, if they win, as the result will ensure them an unassailable lead with a round to spare.

The final round of the domestic league will be played on November 1.

On Friday, Saud al Farsi scored the all-important goal in the 71st minute for Seeb  after they were denied a penalty kick five minutes earlier. Seeb then held on to the  slender lead to pick the crucial three points.

“All we need now is a win against Muscat. We are on the verge of our first-ever domestic league title and the board, under the chairmanship of H H Sayyid Shihab bin Tarik al Said, and the fans are all waiting for the victory on Wednesday.

“We hope the  boys will not disappoint,” said Yousuf al Wahaibi, the club’s long-serving vice-chairman.

Eleven-time champions Dhofar, who are trailing Seeb by five points, were emphatic in their 4-0 win over Muscat at the Al Saada Sports Complex in Salalah. Rashid Jaber-coached side is expected to finish

runner-up but are in line for a title as they look for their ninth His Majesty’s Cup crown when they take on Al Nahda in the second-leg semifinal in November.

The second-leg semifinal between Dhofar and Al Nahda will be played in Salalah on November 6 while the other match pitting Al Arouba against Ibri at the Sur Sports Complex will be held on November 7.

While Seeb (53 points) and Dhofar (48) have had a successful campaign so far, winning 15 and 14 games respectively out of the 24 matches played so far, Al Nahda is a distant third with 34 points with just nine wins.

In the other games played on Friday, which saw the resumption of the top-flight league after a halt of nearly seven months due to the coronavirus pandemic, Al Arouba edged past Al Suwaiq 1-0, nine-time winner Fanja also eked out a narrow 1-0 win over Al Nahda, Bahla routed seven goals past a hapless already-relegated Mirbat, Al Rustaq upset Al Nasr 2-0 at home and Sohar played out a goalless draw against Saham in the Batinah derby.

Wednesday’s fixtures (all kick-off times at 4pm): Al Nasr vs Sohar, Muscat vs Seeb, Saham vs Dhofar, Arouba vs Nahda, Bahla vs Oman, Mirbat vs Suwaiq, Fanja vs Rustaq.