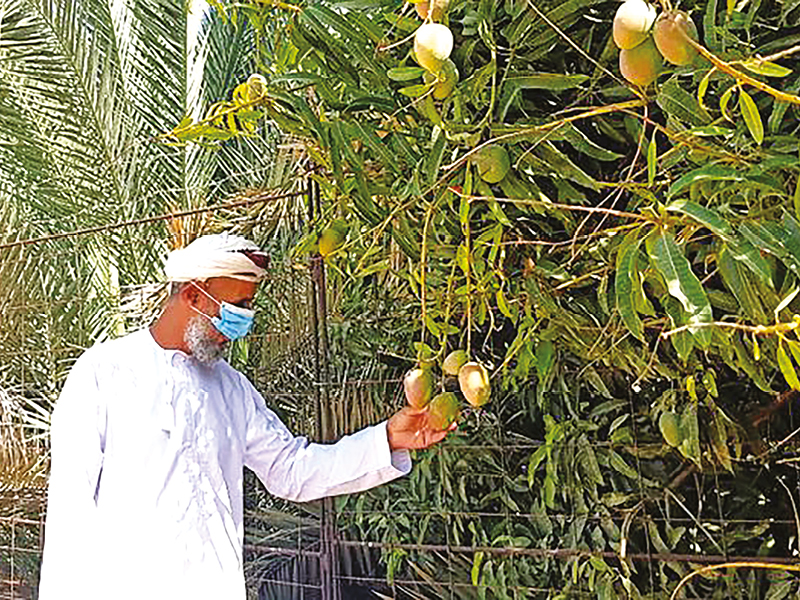 As part of its efforts to produce seedlings of various fruit trees that can contribute to the economy and increase the GDP, the Ministry of Agriculture, Fisheries and Water Resources has launched a project to produce more than 300,000 seedlings of five kinds.

An official at the ministry said the Agricultural and Fisheries Development Fund finances a number of projects aimed at upgrading the agricultural and fisheries sectors in the sultanate and increasing their contribution to the GDP.

He added that as part of the project, an electronic platform will be set up to follow up on production, distribute seedlings, raise the efficiency and train supervisors of nurseries.

“The project will include the production of more than 181,000 citrus seedlings. At present, the focus is on producing Omani lemon seedlings and importing other seed producing citrus varieties from reliable international sources,” he said.

These varieties include lemons, oranges and tangerines. Agricultural research has proven their suitability for local conditions.

“The project will also include the production of about 70,000 mango seedlings during the three seasons, in addition to cultivating more varieties of local and Indian mangoes and imported varieties from Brazil and Australia in Sohar Agricultural Research Station and increasing the cultivation of these varieties by farmers in various governorates.”

The official added, “The project will also include the production of 45,000 banana seedlings of high quality, and the production of 2,400 coconut seedlings within three years. The focus will be on the varieties of coconut which as per agricultural research in Dhofar have proven their high productivity.”

As per the project, over 15,000 papaya seedlings too will be produced.

According to the statistics of the ministry, the total production of fruit seedlings in agricultural research nurseries from 2011 to 2019 was more than 1.4mn seedlings of 24 types of fruit.