Violation of precautionary measures punishable with arrest and fines 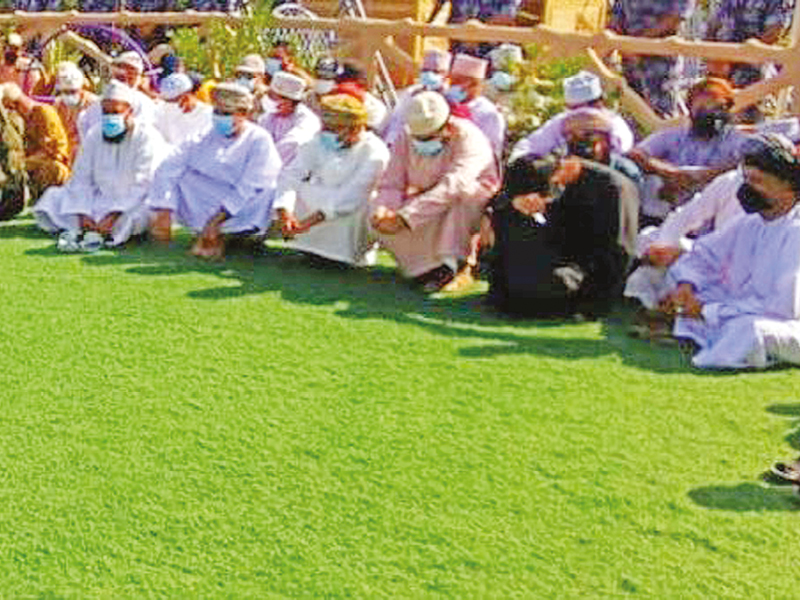 Reopening of activities does not imply a relaxation on gatherings but people continue to congregate defying the Supreme Committee guidelines even as officials reiterated offenders are punishable with arrest and fines.

On Sunday, a group of people was arrested for holding an event and gathering in North Batinah, while Royal Oman Police (ROP) arrested a group of 60 people who violated Supreme Committee decisions on gatherings in a farmhouse in Dakhliyah governorate last weekend.

‘Legal action against the offenders has been initiated,’ the ROP said.

In another case, a restaurant owner in Muttrah is facing legal action after he organised a night party without permission.

“We know there are groups that are gathering on beaches, farms and having parties, attending weddings and funerals and the end result is that the number of cases is going up,” said H E Dr Ahmed bin Mohammed al Sa’eedi, Minister of Health and member of the Supreme Committee.

Over a thousand offenders have been fined at congregations in the last few months who violated COVID-19 social distancing rules. The recent spike in infections has been attributed to illegal gatherings at private farms, beaches, weddings or funerals.

The Supreme Committee has banned all types of gatherings and those found violating the rule will be fined RO1,500 for hosting such events, while those taking part face a fine of RO100.

“No one is safe until all of us are safe. We are in this together. The fact is that people still gather in large numbers does not help reduce the infections. People should be aware that fines and legal action still exist and offenders will be punished,” H E Dr Sa’eedi said.

The death toll from the pandemic in Oman is rising too. As of Monday, the number crossed 920 while the total number cases has reached 98,057.

The recovery rate declined to 89.9 on Monday from 91 per cent last week. The number of recoveries is 88,234, according to an MoH statement.

“The deaths are not limited to the elderly and chronically ill. A 15 year old person has also died. We all have to take care to prevent more deaths. There is a person who lost six of his family members in less than two weeks due to COVID-19,” H E Dr Sa’eedi said.

MoH advises all citizens and residents to continue washing hands with water and soap, avoid touching the face, nose, mouth and eyes, and follow healthy habits when coughing and sneezing, besides maintaining social distancing.