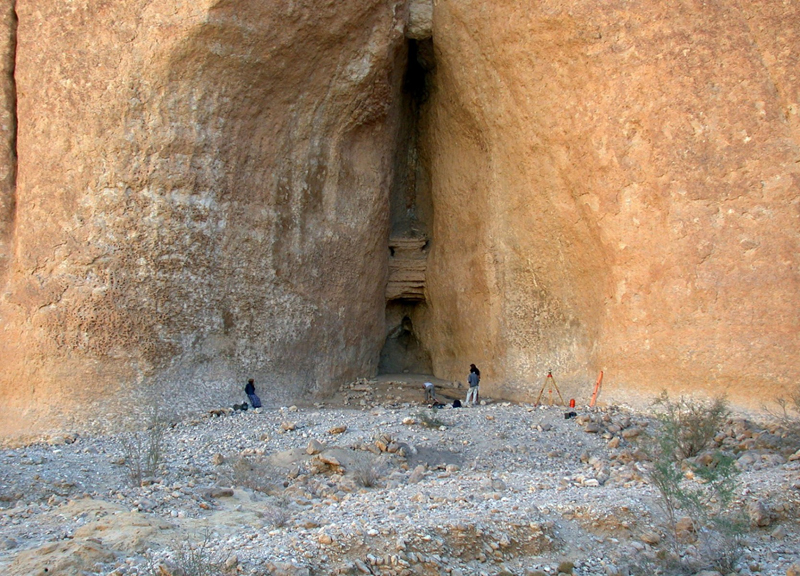 Archeologists have unearthed 8,000-year-old stone tools from Manayzah,, in Yemen, and Ad Dahariz, in Oman, that closely mimic the ones famously crafted by Native Americans some 13,000 years ago. Despite being separated by thousands of miles and millennia, it appears these two ancient cultures managed to come up with the same idea and develop remarkably similar technology.

Researchers from the French National Centre for Scientific Research (CNRS), The Ohio State University and the Max Planck Institute for the Science of Human History excavated and examined projectile points – such as spearheads and arrowheads – created during the Neolithic period in what is now Yemen and Oman.

“Given their age and the fact that the fluted points from America and Arabia are separated by thousands of kilometres, there is no possible cultural connection between them,” Professor Michael Petraglia, an anthropologist from the Max Planck Institute for the Science of Human History who worked on the project, said in a statement. “This is then a clear and excellent example of cultural convergence or independent invention in human history.”

Reporting in the journal PLOS One, an international team of researchers detail the discovery of fluted points from the two archaeological sites.

“These fluted points were, until recently, unknown elsewhere on the planet. This was until the early 2000s, when the first isolated examples of these objects were recognised in Yemen, and more recently in Oman,” explained Rémy Crassard, lead author of the study from the CNRS.

Dating to around 8,000 to 7,000 years ago, the stone tools consist of projectile points that have been expertly crafted by a technique called fluting, which involves the extraction of an elongated flake along the length of the point, while leaving a distinctive groove at the base of the spearhead or arrowhead.

This technology was widely crafted in North America between 13,000 and 10,000 years ago. However, this is the first time the distinct fluted tool has been discovered outside of the North American continent.

One key difference between fluting, as it was used in North America and the way it was used in Arabia, said Joy McCorriston, co-author of the study and professor of anthropology at The Ohio State University, was that in North America, fluting was used just to make the arrowhead or spearhead more functional. But in Arabia, people also used it to demonstrate their technical skills.

“It was like a peacock’s feathers – all for appearance. They used fluting to show just how skilled they were at using this very difficult technology, with its heightened risk of failure,” McCorriston said.

“Given their age, and the fact that the fluted points from America and Arabia are separated by thousands of kilometres, there is no possible cultural connection between them,” Petraglia said.