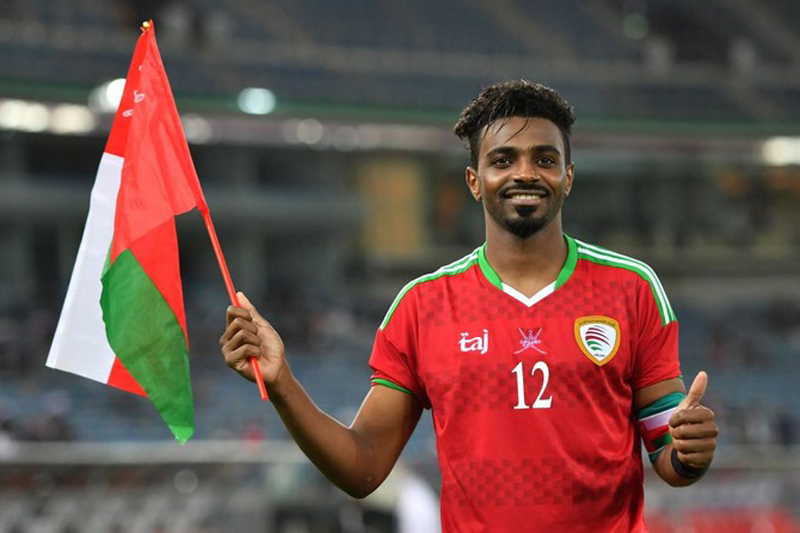 With 179 caps, Oman captain Ahmed Mubarak ‘Kano’ is the world’s most capped active international footballer. However, he is still six shy of breaking the world record of 184 games, which is held by Egyptian great Ahmed Hassan.

Experienced Oman captain Ahmed Mubarak, popularly known as ‘Kano’, is nearing a milestone that the sultanate and the region could be proud of. The midfielder, who has been marshalling the midfield with aplomb for the Red Warriors for more than 16 years, is ranked second in the all-time appearances for the national team by FIFA, the world football governing body, in its latest list.

The list, which was released recently, has Kano credited with 179 caps while the record of the most capped men’s international in the history is held by Egyptian midfielder Ahmed Hassan with 184.

With 179 appearances, Kano is, however, the world’s most capped active player as of June 30.

Among the other active players, who have played more than 160 times for their country are Kuwait’s Bader al Mutawa with 178, Spain’s Sergio Ramos (170) and Jordan’s Amer Shafi with 168.

Kano, who made his debut on September 25, 2003 against Nepal, has been a crucial cog in the wheel of success for the Red Warriors over the years.

During his time with the national team, Kano’s achievements includes being part of the maiden Gulf Cup title win in January, 2009 in Muscat and then leading Oman to their second Gulf Cup title in Kuwait in January 2018.

He was also adjudged the Most Valuable Player (MVP) of the 23rd edition of the Gulf Cup in Kuwait.

With the 2022 FIFA World Cup Qualifers and 2023 Asian Cup yet to be completed, Kano is expected to play in the next three remaining Group E games in October-November.

Oman is scheduled to play against Afghanistan in Dushanbe, Tajikistan on October 13), host Qatar on November 12 and then travel to Bangladesh for their concluding group game on November 17 in Dhaka. Oman is currently second in the group with 12 points, a point behing Qatar after five games each.

And with few more international FIFA Day friendlies expected to be played in between, Kano may well become the world’s most capped international by the end of the year.

Kano made his debut at the age of 18 and has so far scored 23 goals for the Red Warriors. Among the big names that feature behind Kano in the FIFA Century Club are Italy’s Gianluigi Buffon (176), Spain’s Iker Casillas (167), Cristiano Ronaldo of Portugal (164) and Saudi Arabia’s Sami al Jaber (156).

For a long time, Saudi Arabia’s goalkeeper Mohamed al Deayea had held the record of the most capped international with 178.

Since 2005, Kano has had spells in UAE, Saudi Arabia, Qatar and played with top clubs like Al Wakra and Al Rayyan of Qatar, Al Ain and Dubai of the UAE, Al Ahli and  Al Ettifaq of Saudi Arabia and Al Naser of Kuwait.

Besides Kano, there are seven more Omani players in FIFA Century Club.